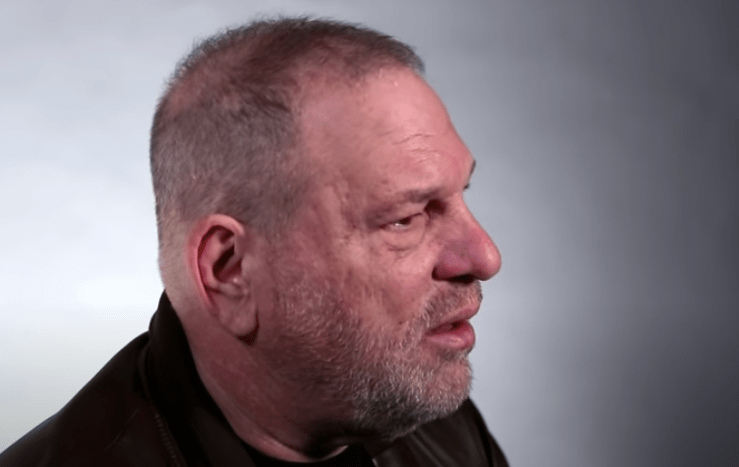 Convicted rapist Harvey Weinstein has been accused of raping a woman during the 2000 presidential debate.

A woman, identified only as Jane Doe V, claims she first met Weinstein when she was 19 while attending the 1984 Cannes Film Festival. She says her boyfriend at the time introduced her to Weinstein. She kept her distance from the exec, but years later, their paths crossed 1992, and Weinstein “quickly turn into unwanted sexual advances,” after taking a keen interest in her career.

She was no longer with the boyfriend who introduced them.

She documents at least two occasions where Weinstein propositioned her in his hotel room, in 1993 and 1994, in nothing but his robe and exposing his genitals.

She says that “after having reestablished their relationship through years of ‘good’ behavior,” Weinstein “lured” her to his New York to watch the 2000 presidential debate together. They drank and ate sushi.

She says that she got up to go to the bathroom, and Weinstein “blocked plaintiff’s path, forced her down onto the bed, removed her underwear and forcibly raped her.”

“The sheer size and mass of Weinstein prevented plaintiff from being able to escape his clutches, but once he backed up, she broke free, sprinted for the door, and never saw Weinstein again.”

She says the incident left her in emotional distress and she even quit acting.

“Some of these claims, including those alleged to have occurred decades ago, may be barred by the applicable statute of limitations, and not subject to any exceptions under the law, as this plaintiff does not appear to be a complainant in Mr. Weinstein’s criminal case,” he said per Page Six.