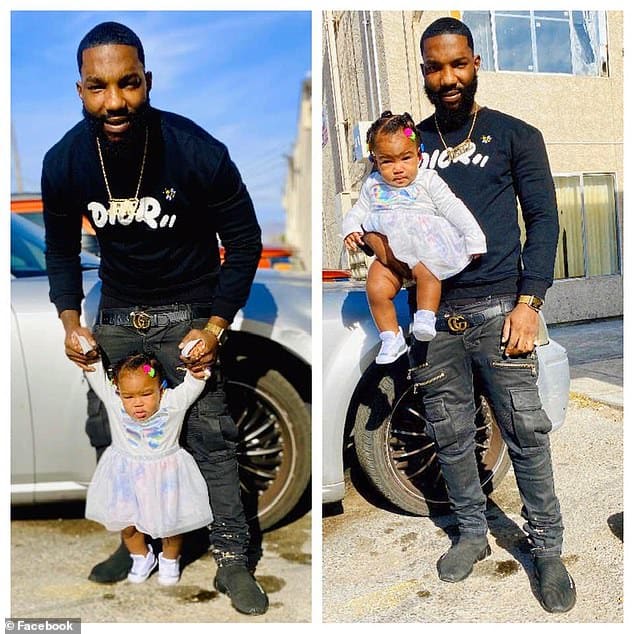 A Las Vegas father has been charged with child abuse leading to substantial bodily harm, and MTO News has learned that many on social media are now calling him the WORST FATHER IN THE WORLD!

Sidney Deal, 27, was arrested on Monday after his one-year-old daughter was found dead in a hot car.

Police say Sidney refused to break his car window – and free baby Sayah from the hot car, where she was trapped for about an hour. And MTO News has confirmed that the poor child died as a result.

Sidney was booked at the Clark County Detention Center and is being held on $20,000 bail. He didn’t attend his initial hearing for medical reasons.

According to prosecutors, Sidney told police officers on the scene that although the child was trapped in the car, he didn’t want to break the window of his Nissan Altima because of the potential cost.

Here are pics Sidney and Sayah during happier times posing in front of what may be dad’s Nissan Altima.