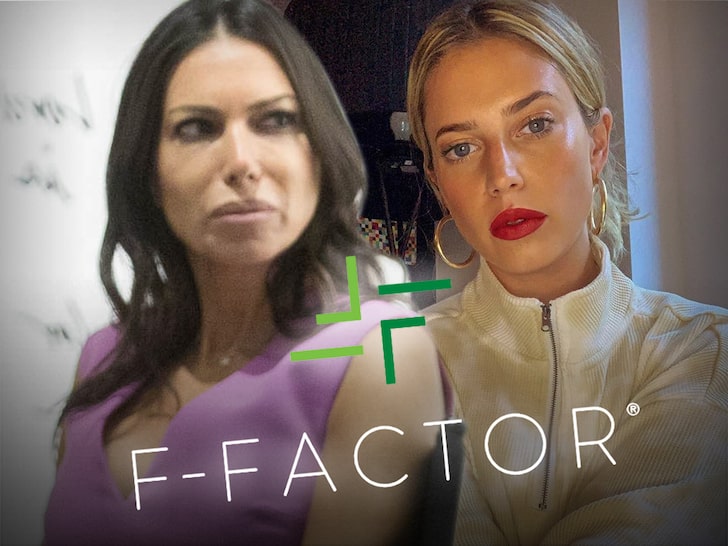 The creator of the F-Factor diet says her company is practically on financial life support … and she’s pointing the finger at an Instagram influencer for allegedly destroying her business by conjuring up fake claims.

Tanya Zuckerbrot — a registered dietician and Instagram influencer — is suing Instagram influencer Emily Gellis claiming that beginning in July she’s made more than 4,500 false claims over a 75-day period that her F-Factor diet causes physical harm … and in some cases, death, this according to docs obtained by TMZ.

In docs, Zuckerbrot says she created protein powders and protein bars in 2017 touting her F-Factor diet, which she describes as a “liberating and sustainable approach to weight loss and optimal health based on scientifically proven fiber-rich nutrition.”

Zuckerbrot’s got a laundry list of things she claims Gellis — who boasts 208k followers on IG — said about her and the diet produce, including accusing Zuckerbrot of “selling f***ing packaged poison” and “profit[ing] off this cult like mentality.”

She claims the company was generating over $1 million a month in revenue … until Emily’s “illegal, abusive and harassing social media misconduct,” which Zuckerbrot says caused “devastating financial damages and enormous emotional distress.”

For her part … Zuckerbrot touts her credentials as a dietician that includes a private practice for more than 20 years, a master’s in nutrition and food studies from NYU and being an accredited member of the American Dietetic Association. She says Gellis has no background nutrition. Zuckerbrot is suing for defamation and wants more than $500K in damages and for Gellis to keep her mouth shut about her and her product.