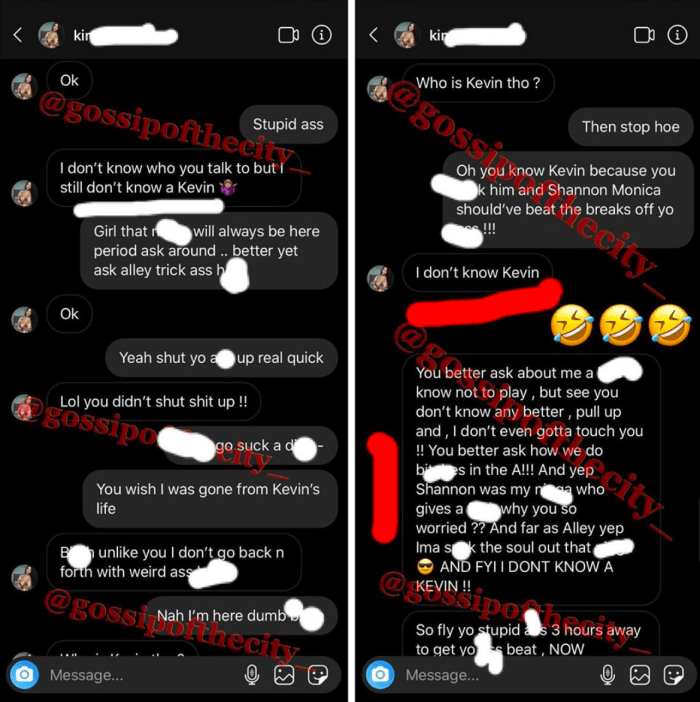 R&B singer Monica Arnold announced earlier this year that she and her husband, former NBA baller Shannon Brown, were separating.

At h time of the split, MTO News had been hearing rumors that Shannon was allegedly CHEATING on the gorgeous R&B singer.

Well now it appears that those rumors are true. A beautiful IG model named Brandy appears to have admitted to breaking up Monica’s marriage.

And she doesn’t seem to have an ounce of regret AT ALL .

The model was confronted by a blogger, who asserted that Brandy was sleeping with married rapper Kevin Gates. While she denied being with Kevin – she openly admitted being with Monica’s husband.

Brandy told the model, “[Monica’s husband] Shannon was my n**ga, who give sa f**k and why you so worried.”

Clearly she has no shame. Read:

Here’s Monica talking about her career, and what she would do to a side chick IF SHE CAUGHT HER: