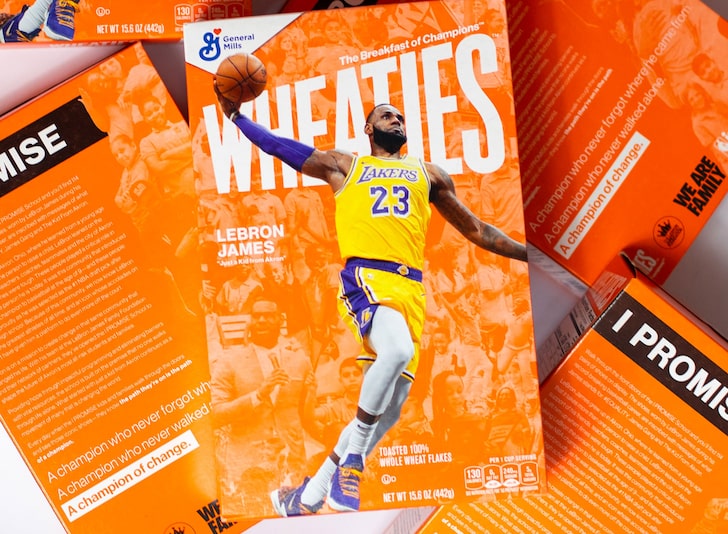 And now, LeBron James is finally getting the honor of being on the Wheaties box!!

It’s kinda crazy LeBron hasn’t been on the box before considering he’s been an NBA superstar since 2003, but better late than never!

General Mills announced the Lakers superstar will take over as the box cover athlete, relieving Serena Williams of her cereal duties.

The company says it picked LeBron to celebrate his “efforts both on and off the court” — most notably, his accomplishments with the I Promise program for underprivileged kids in Akron, Ohio.

FYI, Wheaties has been putting top athletes on the cereal box for 85 years — the very first athlete to grace the cover was Lou Gehrig back in 1934!