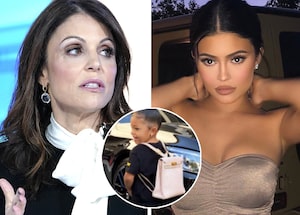 “This sister night is turning into catfights left and right.”

Palm Springs is supposed to be a place of rest and relaxation, but tensions between Kendall and Kylie Jenner came to a head during one recent getaway.

In a sneak peek at Thursday’s new episode of “Keeping Up with the Kardashians,” Kendall calls out her sister for ruining her night … and, of course, the fight is all about fashion.

When the clip begins, the model is already in a mood over her outfit for the night, after Kylie swooped in and took the clothes Kourtney Kardashian was going to let Kendall borrow for herself.

“I wanted to wear your brown other outfit. But then Kylie comes in and everyone bows down to Kylie,” Kendall vents. “And lets her wear whatever the f–k she wants.”

Explaining her predicament, Kendall says the family usually just lounges around the house when they go to Palm Springs — so she didn’t even pack something to hit the town wearing.

“I came in first and you offered me those outfits first. So that’s why I’m so annoyed,” Kendall tells Kourtney. “I feel completely underdressed and I said something earlier today that I don’t have anything to go out in and Kourtney’s like, ‘Oh my god, I have so many looks if you need to borrow anything, come to my room and take anything you want.'”

Kim Kardashian tried to play peacemaker by telling Kendall she looked great in what she was wearing, but Jenner wasn’t having it. “I literally look like I’m going to f–king lunch. You guys are all going out,” she snapped back.

Kylie also tried to tell her sister she looked cute, but Kendall had no time for her either. “Oh, like you deserve the outfit more?” Kylie said to Kendall as the model retreated.

“You’re not going to ruin my night, I’m having a good time,” Kylie added, after taking shots with Kris Jenner’s boyfriend Corey Gamble. “You ruined my f–king night, so I can do whatever the f–k I want,” Kendall shot back.

While Khloe Kardashian was just happy she wasn’t sparring with any sisters herself this time, she noted that what should have been a bonding night “is turning into catfights left and right.”

Find out what happens next when “KUWTK” airs Thursdays on E! 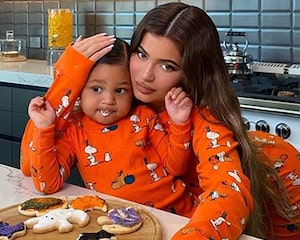