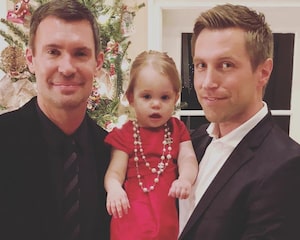 Long story short, they did not patch things up.

It’s been over two years since Jeff Lewis fired Jenni Pulos and their decade-long friendship came to an end … and it’s clearly still awkward between them.

Taking to Jeff Lewis Live on SiriusXM’s Radio Andy, the “Flipping Out” star revealed he and cohost/fellow show alum Liat Gerszt had a run-in with Pulos earlier this week at Larsen’s steakhouse in Encino, California.

“I said, ‘Holy shit, Jenny just pulled up next to us, in the parking structure,'” Gerszt explained, revealing what she texted Jeff from her car when she saw Jenni. “What’s crazy is, that morning, I’m driving and I’ve been to Encino a bunch of times since Jenni and I haven’t spoken and I just thought, ‘Oh my god, I’m going to see Jenni tonight.’ I thought about it, that’s why I freaked out when I saw her. I was freaking out.”

Jeff explained that Liat was also very, very close with Jenni before it all hit the fan back in 2018. Gerszt, however, didn’t feel it was the right place to get into everything with her former friend.

“We haven’t spoken in over a year and a half and I didn’t feel like it was the right … I couldn’t be fake and be like, ‘How are you?'” she explained. “I didn’t want to have a talk right there, so I just walked right by her.”

While she said she doesn’t know “for sure” whether Pulos saw her, she added, “we were the only people that walked by and she was right there.”

Jeff explained Jenni and her husband Jonathan Nassos were seated on the opposite side of the restaurant’s patio and after “a drink or two,” Liat’s husband started “shit stirring like he does and said that I should probably buy them dinner.”

“When he sat down, he was afraid Jeff was going to go up to them. He was trying to stop that drama and go, ‘Why don’t you send them drinks instead or buy them dinner?'” she interjected, explaining her husband’s intentions.

“I’m like, I’m not buying them dinner. That’s expensive,” Lewis said with a laugh, adding they they decided to send over some drinks instead. “The manager came over and said, ‘They’re not drinking tonight.’ That’s not the Jenni we know. We’re not judging her for not drinking, it’s unusual.”

As they speculated as to why she wasn’t drinking, one of his cohosts wondered if she was possibly expecting. “Pregnant at 50?!” exclaimed Lewis. For the record, Pulos is 47.

“We don’t know what happened, we told the manager we wanted to send drinks, for whatever reason that comes back as they’re not drinking tonight,” he continued. “So we waited for dinner and then we tried to send them dessert. They’re not having dessert.”

“I went up to the waiter again and she said, ‘They’re full.’ They had to have known [it was from us],'” added Liat. 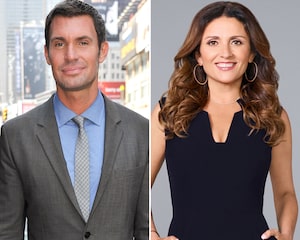 Jeff Lewis Says He Apologized to Jenni Pulos: ‘I’m Hoping That She Gets Back to Me’

After Jeff said that, had they been seated closer to each other, he would have simply gone over to the table to say hello, Liat pointed out how Lewis said he feared this exact scenario playing out when he reached out to apologize to Pulos earlier this year.

In January, Lewis said he sent his former friend a text saying he hoped they could mend their relationship for the sake of their “long, long” history together.

Pulling out his phone, Lewis read aloud the text he allegedly sent Pulos: “I wrote, ‘Hi, Happy New Year. I hope you and your family are happy and healthy.’ I did this yesterday, by the way. ‘Would you be open to meeting with me some time? I don’t feel good about what happened between us, and I’m very sorry for my role in it. Jeff.'”

He then explained to his cohosts, “We live basically in the same neighborhood. I know I’m gonna run into her some day. I don’t want it to be awkward.”

At the time, he added, “Look, I have no expectations attached to this. I just don’t want it to be uncomfortable if I run into her at Larsen’s [Steakhouse] in Encino, do you know what I’m saying?”

The fight that ended their pair’s long-time friendship actually took place in early 2018. During the Season 11 finale of “Flipping Out,” Lewis fired Pulos from Jeff Lewis Design and the two went their separate ways.