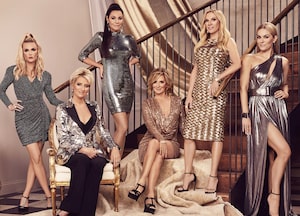 Dorinda was looking forward to a comeback after a “rough” last season, but never got the chance.

Dorinda Medley’s exit from “Real Housewives of New York” was just one of the many recent Bravo cast shakeups — and, according to Dorinda herself, it wasn’t her choice to leave.

Speaking out for the first time since she announced her exit back in August, Medley appeared on Bethenny Frankel’s “Just B” podcast this week and said it was Bravo’s decision to let her go.

Admitting she “did not have a good season” during her final run, Medley said she was “very, very scared” going into filming — after she split from longtime boyfriend John, broke her ribs and had her home, Blue Stone Manor, flooded.

“I didn’t get my voice out correctly,” she added, noting how her behavior rubbed both her costars and viewers the wrong way all season.

Bethenny said that just happens sometimes, but “everybody always gets their resurrection season,” where they try to reshape their image after a particularly bad batch of episodes. Dorinda, however, didn’t get that chance. 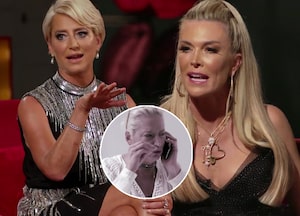 “I mean, when I found out when this thing all went down, I was just getting off the phone with this woman who’s doing a Blue Stone Manor gingerbread house,” she continued. “And I’m thinking, ‘It’s gonna be great for the show! Oh my god, this is gonna be my season. I’m gonna come back ’cause everything’s done, I’m in a good place.'”

“So it really was, you know, no one likes rejection,” she added. “I was ready to go back. I was excited about going back. I was planning on going back. And I thought I would have a great year. I wasn’t given that option.”

While her exit has been called a “pause” by Andy Cohen, meaning she could return down the line, Medley doesn’t really see it that way. 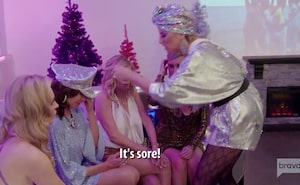 After Bethenny told her now is the time to just “let the dust settle” and breathe a bit, Medley said she’s in a “much saner place” since leaving the show.

“When you get away from it, you have all these other opportunities. And you can develop your friendships in a different way,” she said.

“Birthday parties aren’t real, the conversations aren’t real … I was worried about you, but I was also excited for you,” added Frankel. “99.9% of Housewives that leave the Housewives were fired and 99.9% of that 99.9% say that it was mutual or that it was their idea. And it’s not. The money is too good for being this kind of high class prostitute, people just don’t leave unless they are financially sound in other ways.”

While Dorinda seems at peace with the decision now, she also admitted the hardest call she had to make after she was let go was to her mother.

“I don’t cry, I get through it and I said, ‘I feel like I let you down,'” explained Medley. “She said, ‘I think this is the healthiest thing for you.'” 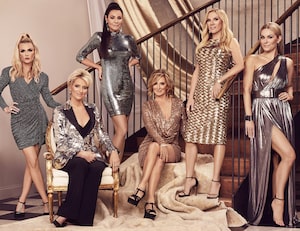