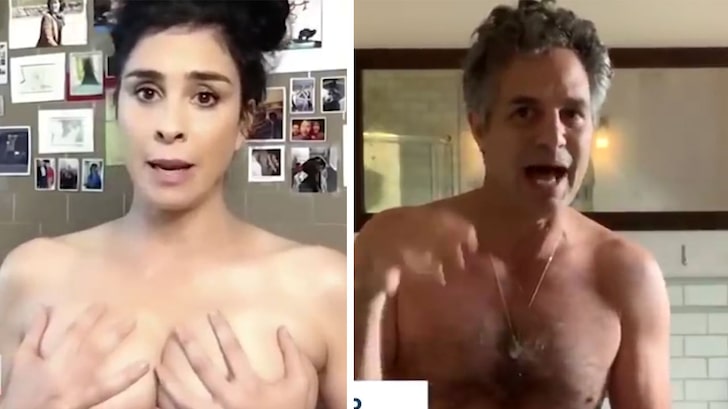 If nudity and democracy don’t seem like 2 things that go hand in hand — welcome to 2020, where celebs are seamlessly pairing booties and ballots.

A bunch of A-listers stripped down to their birthday suits to warn voters this year about “naked” ballots — that’s when your voter card isn’t properly filled out or placed in the right number of envelopes (in certain states). Those don’t get counted, and that’s no bueno.

To avoid that … folks like Sarah Silverman, Mark Ruffalo, Chelsea Handler, Naomi Watts, Josh Gad, Chris Rock and others disrobed to emphasize the point. They might be naked, but that doesn’t mean your absentee ballot has to follow (birthday)suit.

The PSA was put together by an org called RepresentUs, and their whole purpose seems to be spreading awareness about voting from home this election cycle — something that’s been hotly debated, and incorrectly described as corrupt by the Trump administration.

You can check out what the stars have to say about mail-in ballots yourself — but the gist is … follow directions, and make sure you know your state’s protocol for mailing in your vote.

Oh, and most important — get your paperwork in the system early and often, otherwise, it might not be counted.