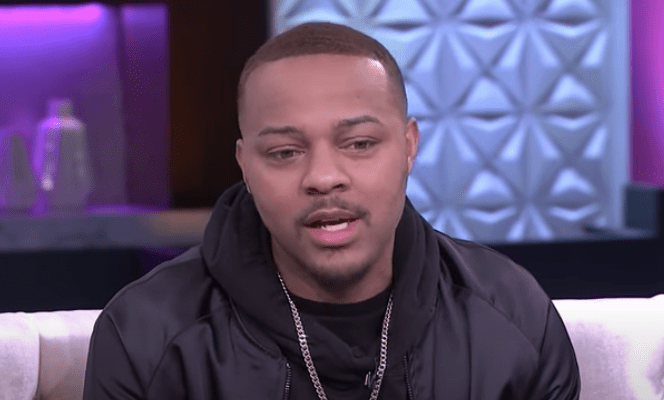 Bow Wow, 33, is a rapper, an actor and a reality star – but he was also a child star. Now a popular former New York security guard is claiming that when he was just 15 or 16, he was “raped” inside the popular New York club The Tunnel.

BOW WOW AND ANGELA SIMMONS – BACK TOGETHER AGAIN??

In anew video – just published by noted documentarian Choke No Joke – one of The Tunnel’s former bouncers speaks out on what happened to Bow Wow.

The bouncer claims that a “Big Booty Puerto Rican chick from Newark, NJ” raped Bow Wow when he was underage. The counter looked in the camera as if talking to the alleged predator and said, “Why did you go and rape that lil n*gg*.”

Bow Wow, real name Shad Moss is a  rapper, actor, television presenter, and broadcaster. As Lil’ Bow Wow, he released his first album, Beware of Dog, in 2000 at age 13, which was followed by Doggy Bag in 2001.

In 2003, Bow Wow released his third album Unleashed, which was the first album released after dropping the “Lil'” from his stage name. As of September 27, 2015, Bow Wow has signed a management deal to Bad Boy Records.

Bow Wow made his first movie appearance in All About the Benjamins, in 2002 as a cameo. In the same year, Bow Wow made his debut as the lead role in Like Mike. He later began to undertake lead roles in movies, such as Johnson Family Vacation in 2004 and Roll Bounce in 2005. He also played a supporting role in the film The Fast and the Furious: Tokyo Drift in 2006. Bow Wow also appeared in five episodes of the television series Entourage, and starred as Brody Nelson in CSI: Cyber until the show’s cancellation in 2016.