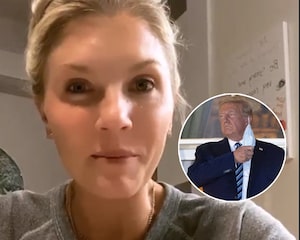 “Clark was a beautiful soul who spent a lifetime defying limits and advocating for people with disabilities.”

Actor, director and producer Clark Middleton died at the age of 62 at Cedars-Sinai Medical Center in Los Angeles on Sunday, according to his wife, Elissa.

“Clark transitioned on October 4th as a result of West Nile Virus, for which there is no known cure,” Elissa shared in a statement. “Clark was a beautiful soul who spent a lifetime defying limits and advocating for people with disabilities.”

Hi. Elissa here, Clark’s wife. Thank you for your love and support for My Mister. I cannot count the number of times he said “Give the world your best and the best will come back to you,” quoting his father Mel. And he meant it! He is in the light, happy and free, and sends love

For more than 50 years, Middleton lived with rheumatoid arthritis and was an advocate for the Arthritis Foundation. He was best known for his roles in “Twin Peaks,” “Kill Bill: Vol. 2,” and “The Blacklist.”

As for the 2017 “Twin Peaks” revival role, Middleton told Indiewire that the audition process was a fairly unique one where he easily landed the role of Charlie, husband of Audrey Horne (Sherilyn Fenn).

“I heard that they were doing a new ‘Twin Peaks’ and I had reached out to my agents about it,” he told the outlet. “I thought I would enjoy being in that world. It was the sort of world I thought I could fit in as an actor. But then out of the blue, we got this call from [casting director] Johanna Ray’s office about there being some interest. I just sent a tape of just me chatting with friends really. I think that they probably knew my work.”

Bong Joon Ho — who directed Middleton in 2013’s “Snowpiercer” — said in a statement, “Just a few months ago, I had a drink with him after a screening of ‘Snowpiercer,’ a night I won’t forget. He was a splendid performer and a beautiful human being. I hope he’s smiling from heaven, that big smile I saw so often.”

“The Blacklist” writer Jon Bokenkamp also paid tribute to the veteran actor, saying he was “heartbroken” by the news.

“Besides being a truly unique and gifted actor, Clark was simply an incredible guy in every way,” he relayed in a statement. “He was a whip-smart film nut. He loved his work with a passion. And he was insanely generous of spirit … I know his entire family at ‘The Blacklist’ is devastated by this news. Clark was one of the good ones, and we lost him way too soon.”

Middleton also had extensive work as a theater actor, writer and producer — most notably in his one-person, critically acclaimed show “Miracle Mile.”

He is also survived by his brother Kirby Middleton and his mother Sue Perior.