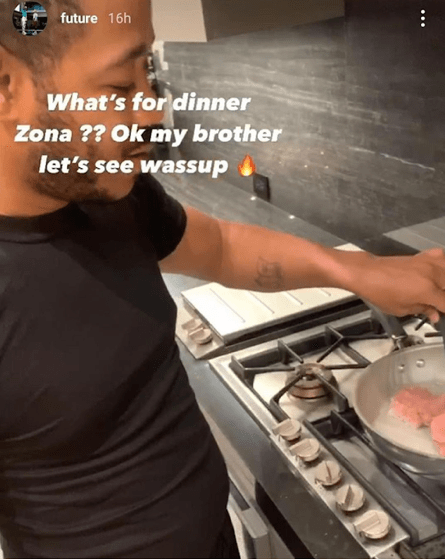 Lori Harvey and her ex-boyfriend Future are back together, MTO News can confirm. And folks close to Lori are speculating that she got back with Future because she allegedly learned she’s PREGNANT.

MTO News spoke with multiple sources close to Future who confirmed to us that the rapper and Lori ARE back together.

And we have evidence to prove it also.

And just a few minutes later, Lori posted a pic – clearly at Future’s house – and she has her own “LH” cup there also.

We spoke to one of Future’s homies who explained WHY he believes Lori’s pregnant.

The pal explained, “Lori and Future broke up, now she’s back in his life and practically moved in … she also put on some weight and [doesn’t] smoke [weed]. No one is allowed to smoke around her either.”

Lord have mercy . . . we wonder what Steve and Marjorie have to say about all this.

Here’s a video of Lori Harvey’s bikini body, before her alleged pregnancy: