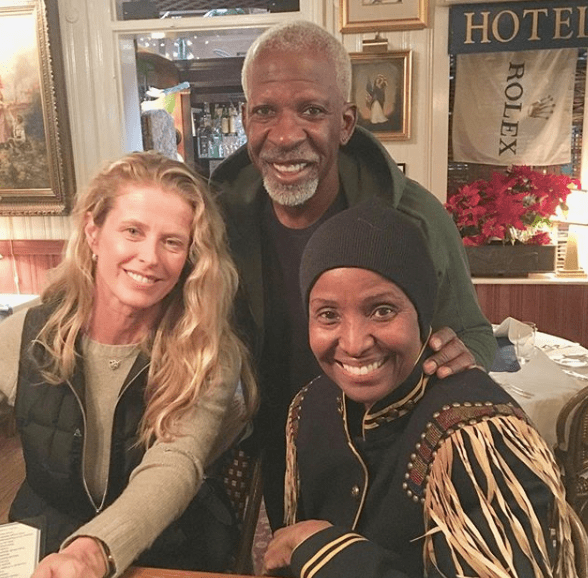 Legendary entrepreneur B Smith’s husband Dan Gasby made news last year, after he announced that he had taken on a Caucasian girlfriend – while his B Smith was struggling with Alzheimers disease. At the time, MTO received news reports that Dan had “moved in” his new girlfriend into B Smith’s home, while B was there too.

Well now Dan is speaking out about those rumors, and he disclosed that his White girlfriend – Alexandra Lerner – dumped him, shortly after B died.

Dan claims, during an in depth interview with Hamptons socialite Jean Shafiroff, that Alex “took off” and left him all alone. When asked about Alex, Dan seemed VERY bitter.

Here’s some of what he had to say.

B. Smith, was an American restaurateur, model, author, businesswoman and television host. She was one of the most well respected Black entrepreneurs in the world – and stunningly gorgeous also.

Before she came down with Alzheimer’s B Smith and Dan were one of the highest profile Black high-society couples in the world.

To see the full interview, where Dan discusses how he met B and more click HERE