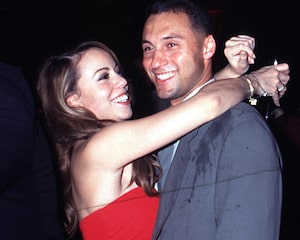 Fans may never get the chance to hear these unreleased albums…

What goes on behind-the-scenes while an artist is recording an album is often left a mystery to fans, with countless ideas and songs never to be heard by the public. Sometimes an entire album is finished when something goes awry and the music is set aside and forgotten.

These “lost” albums, scrapped due to creative differences, shifting musical interests or something more peculiar, never get the chance to see the light of day and become fandom folklore.

Some super devoted fans will go to any lengths to hear unreleased music from their favorite artists and on several occasions, have been successful in their quest. And if they can’t get their hands on the music, they can at least have all the details about what went down in the recording studio!

Mariah Carey recently revealed that she recorded an entire alternative album “just for laughs” while she was working on her 1995 hit “Daydream.” While fans initially believed they would never get to hear the music, it was soon revealed the album actually did debut under the band name Chick with a different lead vocalist and Mariah’s vocals significantly hidden in the tracks.

“[Alt-rock] was such a popular genre at the time, I was like, ‘Well, I have a full band here, let’s just do something and I’ll just make up some nonsense and sing it,'” Mariah explained on “The Late Show.”

Whether or not Mariah will share what the album sounded like with her own lead vocals is still to be seen!

The Weeknd recorded an upbeat pop album prior to the release of his “My Dear Melancholy” EP but it was scrapped in favor of the darker project. Many fans speculated that the switch happened after The Weeknd’s split with Selena Gomez.

“Prior to ‘Melancholy,’ I had a whole album written, done, which wasn’t melancholy at all because it was a different time in my life…It was very upbeat, it was beautiful. I don’t want to perform something that I don’t feel,” he told Time, adding that fans would “never” hear it.

Back in 2011, Beyonce teamed up with The-Dream to create an album of Fela-inspired music that was never released. The grouping of “about 20 songs” never saw the light of day and Bey dropped her album “4” instead.

“We did a whole different sounding thing, about twenty songs. She said she wanted to do something that sounds like Fela. That’s why there’s so much of that sound in the ‘End of Time.’ There’s always multiple albums being made. Most of the time we’re just being creative, period. We’re talking about B, somebody who sings all day long and somebody who writes all day long. There’s probably a hundred records just sitting around,” The-Dream told Genius.

Britney Spears had plans to release an album titled “The Original Doll” in 2005, making the announcement while debuting a demo of her song “Mona Lisa” on KIIS FM.

Despite her album explanation, her label, Jive Records, denied that she had plans to release it. “Mona Lisa” was eventually released as a part of promo materials for her reality show “Britney & Kevin: Chaotic,” but the album was shelved. 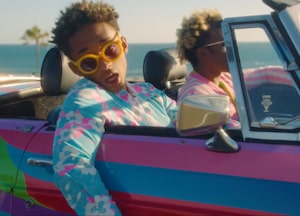 Prior to Adele’s third album “25,” she says she worked on material that chronicled her experience as a new mother but decided to go a different route.

“I did write an album about being a mum, but that was pretty boring, so I scrapped that,” Adele told BBC Radio 1.

Drake has had more than a few projects that fans never got to hear. In 2010, he planned to release an R&B mixtape titled “It’s Never Enough” but in 2011, he told fans he was pushing it off so that he could focus on “Take Care.”

“I feel like my mind is truly ready to make this next album NOW and I don’t want that feeling to escape me,” Drake wrote on his blog.

That same year, Drake and Rick Ross announced a collaboration titled “Y.O.L.O.” but it is yet to be released. Drake was also set to drop an album with Lil Wayne but it never made it into fan’s hands.

Way back in the early ’90s, Weezer planned to release a “space-travel-themed rock opera” titled “Songs From The Black Hole.” During the course of recording, frontman Rivers Cuomo decided it was “too whimsical” and didn’t reflect his current mental state.

“I had this really painful surgical procedure on my leg, which lasted 13 months in all and it took me to a place, emotionally, where the whole idea of this whole rock opera started to feel too whimsical for where I was emotionally, going through the pain of the procedure. And so I scrapped the whole idea and went to a more serious and dark place,” Rivers told Rolling Stone.

Before Green Day released their hit album “American Idiot,” they recorded an album titled “Cigarettes and Valentines.” Unfortunately, the 20 tracks they wrote were stolen, causing the band to have to scrap the entire album. Later, the songs were recovered and some were reworked as B-sides to the singles from “American Idiot.”

Lady Gaga originally anticipated releasing an “Artpop Act Two” album, telling fans on Twitter that she had many songs ready to record.

“yes, lots of songs for ACT TWO!” Gaga wrote in response to a question about a followup to “Artpop.”

While Gaga spoke of the album on several other occasions, it never came to fruition and she released “Cheek to Cheek” and “Joanne” instead. 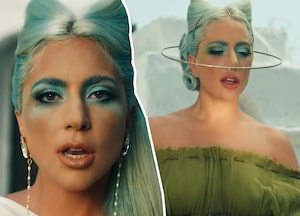 OutKast was reportedly set to release an album titled “10 The Hard Way” as a follow up to “Speakerboxxx/The Love Below.” Despite plans for new music, the group decided to take a hiatus after releasing the soundtrack for “Idlewild.”

After the release of Carly Rae Jepsen’s third album “E•MO•TION,” she recorded a disco-inspired release titled “Disco Sweat.” While Carly says that album will be “buried in [her] backyard,” she does believe she achieved the sound she was going for on “Dedicated.”

“I started off with a very strong intention to make an understated disco, living room dance party thing. I think that came from going to Sweden and really digging into some ABBA stuff…I think there are songs on the new album that achieved kinda what I was envisaging, I think ‘Julian’ is a good example of that. I ended up getting out of a rut, and found some songs that were a little ’90s that I wanted to include, a little something that made more sense than this ‘Disco Sweat,'” Carly told SFWeekly.

Panic! at the Disco spent three years writing the follow up to their debut CD “A Fever You Can’t Sweat Out” and scrapped one album along the way. The band recorded “Crickets & Clovers” in a cabin in the woods and were almost finished with the album when they decided to go another route.

“We were in the mountains for a while, writing songs, and we moved to L.A. for a bit, and then we decided to start over in July. So now we’re kind of trying to finish writing this second second record. Actually, it’s almost like our third record, since we were like three-quarters finished with the other one before we scrapped it,” former guitarist Ryan Ross told MTV.

Iggy Azalea was set to release a follow up “The New Classic” titled “Digital Distortion” in 2017 but it got shelved when she switched from Def Jam to Island Records. The album was rumored to include collaborations with Zedd, Kesha and Azealia Banks.

Liam Payne was supposed to release his debut solo album in 2017, following the success of “Strip That Down.” Instead, he released his EP “First Time” in 2018 and then dropped his full length “LP1” in 2019.

“I looked at some of the songs on my album which were done a while ago and they felt from another age. I’m determined for my debut album to truly represent me,” Liam wrote on Twitter in reference to the album delay.

Harry Styles & 16 Other Musicians Who Have Become Successful Actors

Charli XCX has scrapped two different albums while perfecting her sound. After the release of “I love It” Charli decided to switch things up and write a punk-influenced album with her co-writer Patrik Berger Sweden. She ended up not releasing that album, taking things in a more pop direction with “Sucker.”

Then in 2017, Charli told fans she was going to try to make an entire album in one day. While Charli never released the nine-track album she created that day, several songs, like “I Got It” and “I Don’t Wanna Know” have ended up on other albums.

Amid Nicole Scherzinger’s success with The Pussycat Dolls, she planned to release her debut album “Her Name Is Nicole” in 2007. The initial songs from the album, “Whatever U Like” with T.I. and “Baby Love” with will.i.am, were released without major success and the album was scrapped. Nicole released another album with The Pussycat Dolls and then released her debut album “Killer Love” in 2011.

In 2010, Kid Cudi was reportedly working on a rap focused album titled “Cudder.” When his musical interests shifted, he decided to take the album in a different direction, changing the title in the process.