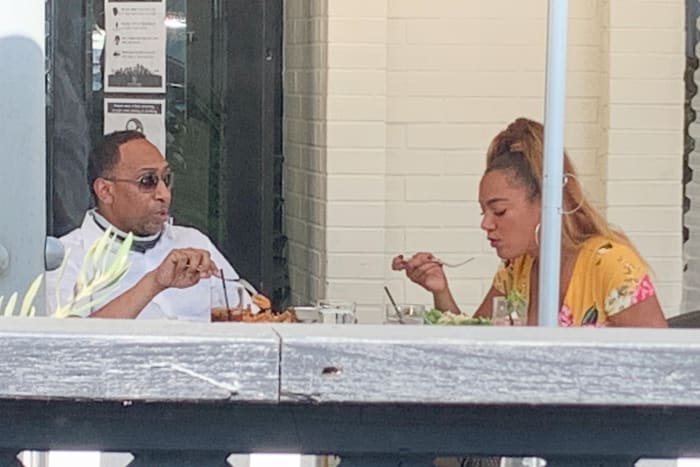 Stephen A. Smith was spotted enjoying lunch with a female friend in Beverly Hills. According to online reports and whispers that MTO News is hearing, the beautiful woman he’s dining with is Stephen’s girlfriend.

And many on social media are wondering – how did the big mouth sports anchor pull it off. She definitely seems out of his league.

Stephen is a sports television personality, sports radio host, and sports journalist. Smith is a commentator on ESPN’s First Take, where he appears with Max Kellerman and Molly Qerim.

He also makes frequent appearances as an NBA analyst on SportsCenter. Smith also is an NBA analyst for ESPN on NBA Countdown and NBA broadcasts on ESPN. He also hosts The Stephen A. Smith Show on ESPN Radio. Smith is a featured columnist for ESPNNY.com, ESPN.com, and The Philadelphia Inquirer.

Stephen is notoriously private about his personal life – he never talks about the women in his life.