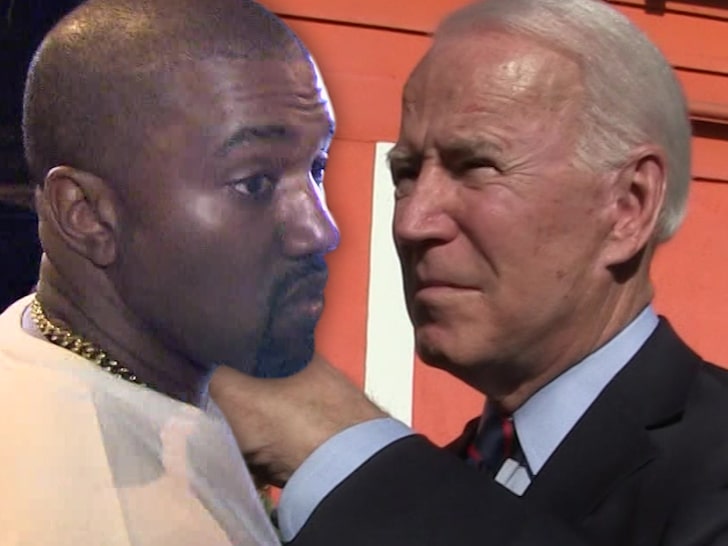 Kanye West isn’t a top choice on the Presidential ticket in Cali — but the reason he’s been tapped to be VP to someone else is all about an attempt to screw Joe Biden.

You mighta heard Kanye will be a Vice Presidential candidate in the Golden State, the running mate alongside a guy named Rocky De La Fuente … who’s running for Prez from the American Independent Party. The AIP admits choosing Ye as Veep was an anti-Dems strategy.

Markham Robinson — Vice Chairman of the AIP — tells TMZ party leaders nominated Kanye to be on the ticket with De La Fuente at their state convention in late August … and no, they did NOT run it by KW or RDLF for that matter. That’s just how the AIP does it. 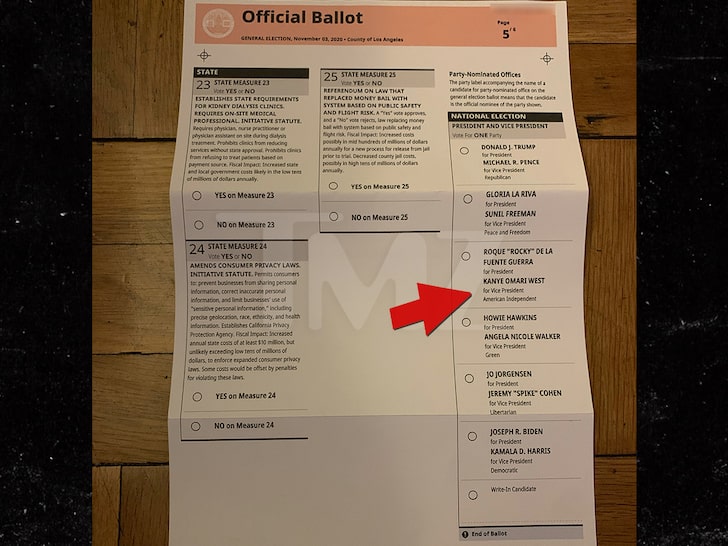 Anyway, Robinson says Kanye was right up their alley as far as political views — but also, they thought he was perfect to help siphon votes from CA Dems, plus “Never Trump” Republicans. There’s more of the former in California, so this move clearly has Biden in mind.

If you’re wondering how De La Fuente feels about all this … he’s not all that happy about the process of choosing Ye, but accepts the way it worked out in the end and wants to make of the most of it at the polls. He tells us Ye’s popular with voters in the 18-25 demographic, and even though he acknowledges he won’t win CA … he’s hoping for a strong third place.

Between De La Fuente and Kanye each running in several other states as the top-dog candidate — it’ll be interesting to see how their combined forces play on the West Coast. 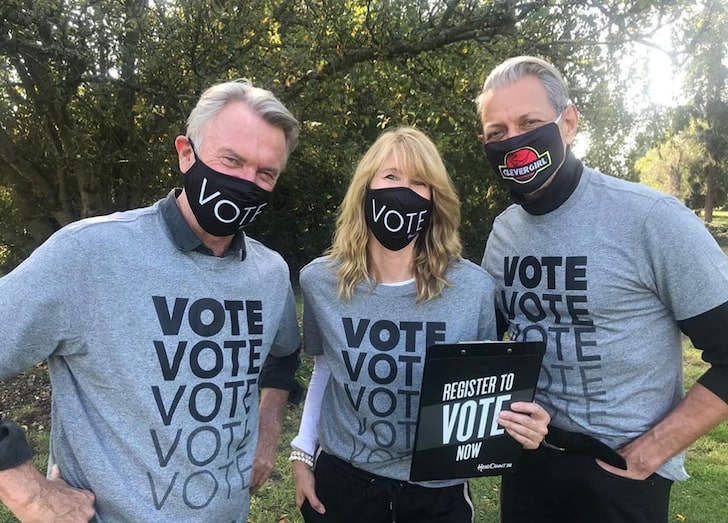