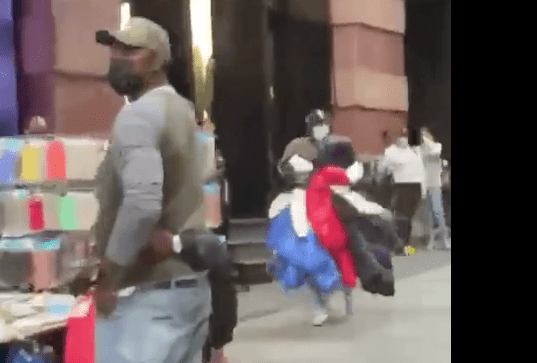 A group of robbers ran into the Moncler store in New York’s exclusive Soho neighborhood – and stole $50,000 worth of coats on Friday, MTO News has learned.

And after leaving the story, the thieves brazenly ran out in the street, with their arms full of jackets.

Since the lockdown, high-end stores have been routinely robbed – across the city. And MTO News has learned that, as a result of the stealing, there’s been a HUGE uptick in “black market” high-end luxury goods being sold online.

The thieves steal the items – and then put them up for sale online, keeping the cash. Consumers also win – because they get luxury goods at much lower prices.

The big loser is the store.

LIZZO IN LINGERIE – IS SHE DOING TOO MUCH??

New York City is facing the steepest rise in crime in recent history. Shooting and murders are up more than 25%, and burglaries and robberies have jumped by close to 50% in some neighborhoods.