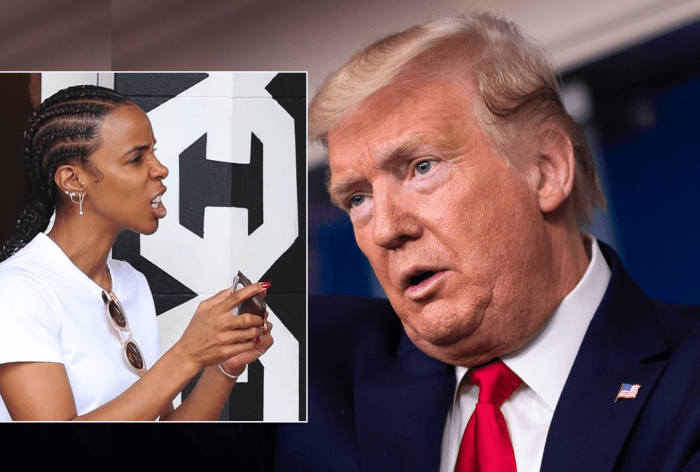 President Donald Trump is currently in Walter Reid hospital, he claims that he is suffering from the COVID-19 coronavirus. But not everyone believes him.

One person who has been outspoken in her disbelief of the president’s diagnosis, MTO News has learned, is R&B singer Kelly Rowland.

Kelly has taken to Twitter and Instagram to push a conspiracy theory that the president is “faking” his illness – for political gain.

Kelly claims that Trump is using the fake illness as an “October surprise: to galvanize his base of voters and motivate them to vote for him.

Kellys fans and followers are split, over her posts about the president.

Some of her fans believe her theory, and are urging the singer to post more about the alleged conspiracy of lies coming out o the White House.

But other fans of the R&B singer think that pushing a conspiracy theory, as the President is hospitalized, is inappropriate and in bad taste.