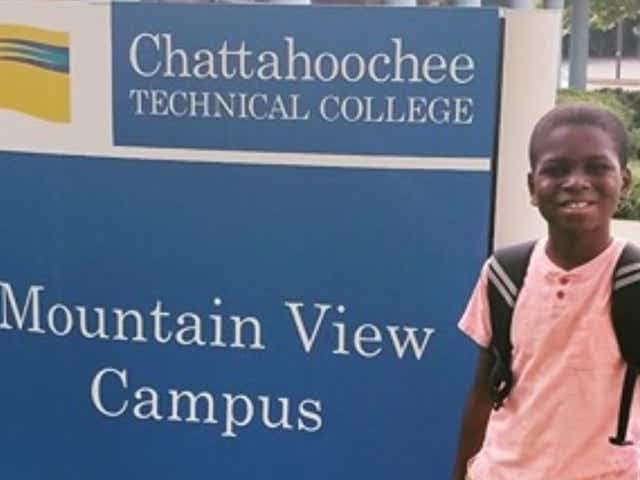 Caleb Anderson, 12, enjoys collecting action figures, watching Netflix and playing with Beyblades and Roblox. But he’s also unlike most 12 year olds in other ways – MTO News has confirms that he is a sophomore in college majoring in aerospace engineering.

Caleb is a student at Chattahoochee Technical College in Marietta, Georgia, where he is on track to graduate with a bachelor’s degree in two years. After that, Caleb plans to get a masters at either Georgia Institute of Technology or Massachusetts Institute for Technology, and then get an internship working for Elon Musk.

He’s got it all planned out.

EVE EXPLAINS WHO SHE NO LONGER FEARS RACISM

Caleb’s mother Claire, who is a teacher, told the local newspaper that she first realized her son was gifted when he began mimicking her speech at just 4 weeks old. At 9 months, he could sign more than 250 words in American Sign Language and had no trouble reading words he’d never seen before.

He continued to breeze through school, and in Middle School Claire and her husband decided they had to make a change. Claire Anderson, 46, said Caleb would breeze through tests without having to study because he already knew most of the material.

“I didn’t like the character that was building in him,” she said. “He didn’t have any study skills, perseverance, grit. He didn’t ask for help.”

So they enrolled him in college instead.

Claire and her husband Kobi, who works in IT sales, have two other children – Aaron, 8, and Hannah, 7, who are in the gifted program at their school. While they describe Caleb as verbally gifted, meaning he quickly picks up other languages, Aaron is good with numbers and Hannah excels at puzzles.