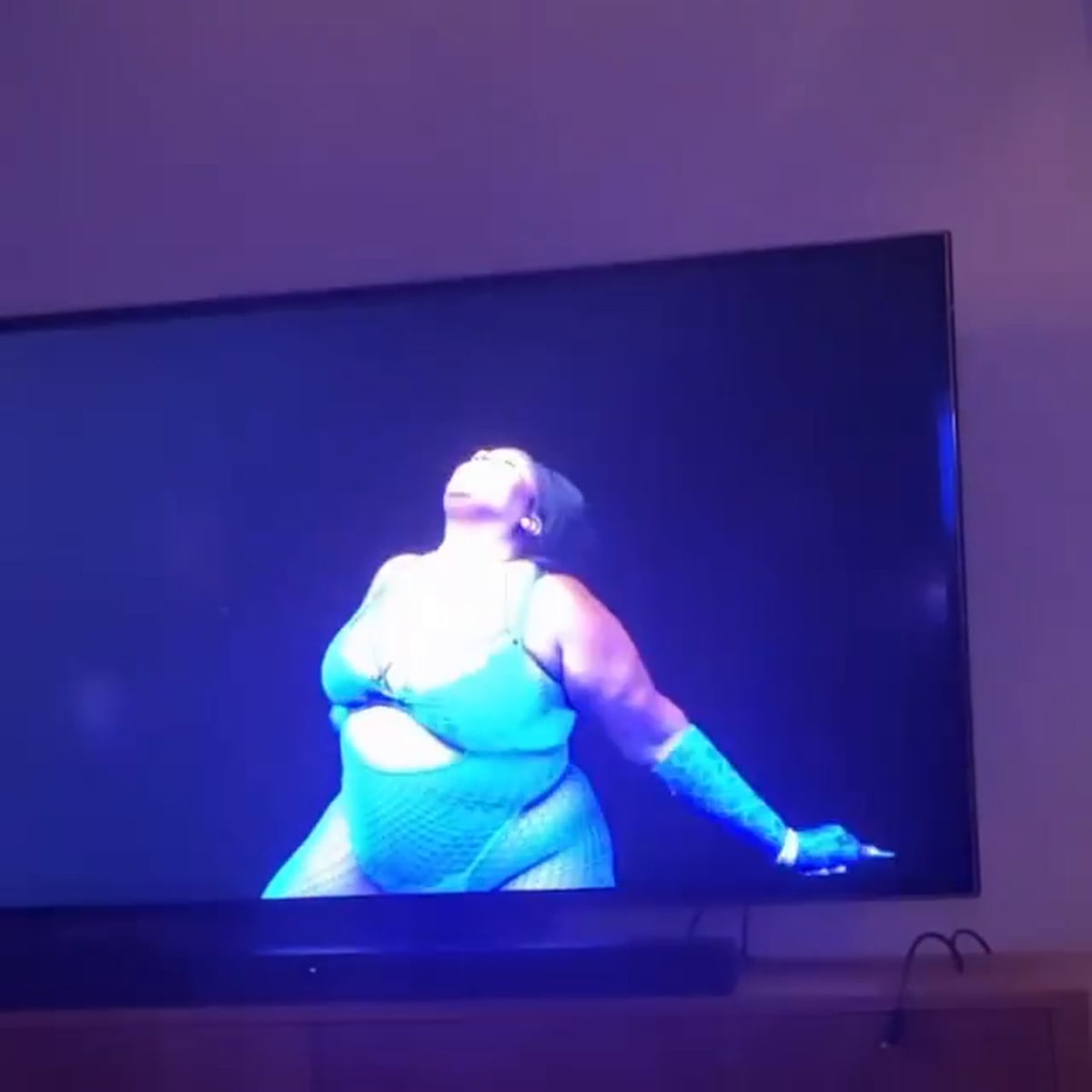 Lat night the “Truth Hurts” singer was one of many famous figures who graced the stage during Rihanna’s second televised Savage x Fenty show.

For her appearance, Lizzo was joined by a duo of dancers, who matched her in royal blue lingerie sets, matching gloves, and fresh white sneakers for a seriously sexy choreographed performance to D’Angelo’s soulful hit, “Brown Sugar.”

Here’s video of Lizzo struggling to twerk during the performance:

And here are some images:

She’s getting mixed reviews form her performance. Women for the most part seem to love Lizzo’s body positive messaging. And she DOES look pretty good in the lingerie.

But many men are NOT as impressed.