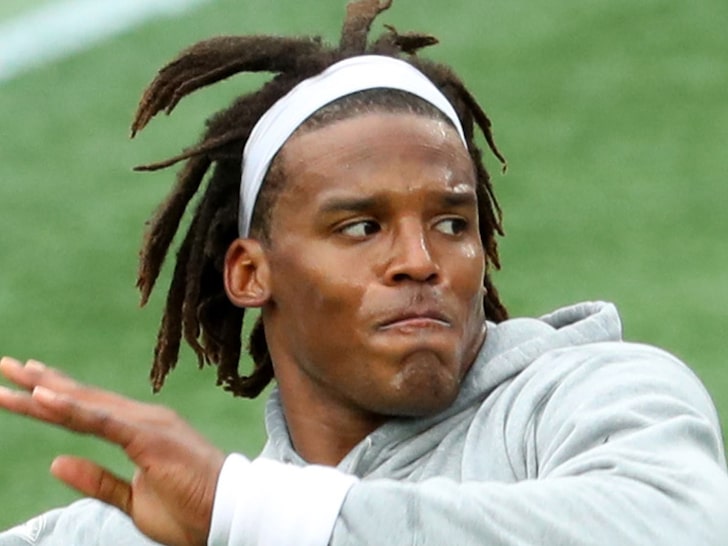 The NFL’s COVID problem is getting worse — Cam Newton has tested positive for coronavirus and will not play this weekend.

The New England Patriots QB was supposed to lead his team against the Kansas City Chiefs on Sunday, but the positive test obviously will end those plans.

Newton tested positive on Friday night — and according to the team, he immediately entered self-quarantine.

The game was supposed to be one of the marquee matchups for the NFL this weekend — it’s being marketed as Cam Newton vs. Patrick Mahomes, two massive stars.

Now, 31-year-old Newton will likely being a quarantine process — and we assume he’ll be tested daily for the foreseeable future.

Newton is far and away the biggest NFL star to test positive for COVID since the season began.

Just last week, several players and staffers from the Tennessee Titans tested positive for COVID — forcing the NFL to postpone their game against the Pittsburgh Steelers, originally scheduled to go down on Sunday.

Unclear if any other Patriots players or staffers have tested positive.

The Patriots have issued a statement saying, “We are in close consultation with the NFL, as well as our team independent doctors and specialists, and will follow their guidance regarding our scheduled trip to Kansas City and game against the Chiefs.”

“The health and safety of our team, as well as our opponent, are of highest priority.”