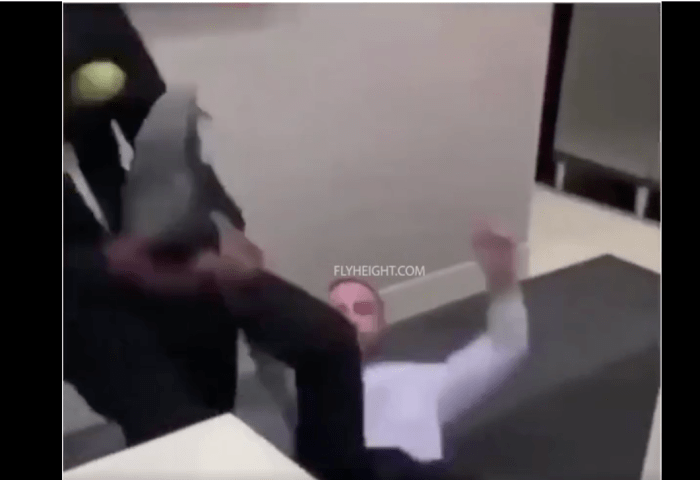 A 52-year-old Brooklyn man beat his co-worker in the head with a stapler, after he claimed the co-worker – who is White – called him a racial slur.

The incident occurred inside a hotel located in Brooklyn, MTO News has learned.

A 50+ Black man flew into a rage after claiming that his co-worker called him the “N-Word.” The 52-year-old says that when he heard the word – he blacked out – and confronted the co-worker. Before long, the Black man ended up dragging his co-worker across the floor and beating him in the head and face with a stapler.

The entire incident was captured on tape.

It’s not clear yet whether police was called, or whether the White co-worker is looking to press charges. What is clear, is that the “N-Word” is considered a “fighting word” and likely to lead to violence when uttered by a non-Black person. After the beating however, the Black man apparently thought the two should get back to business and said to his co-worker “Stand up and do your work.”