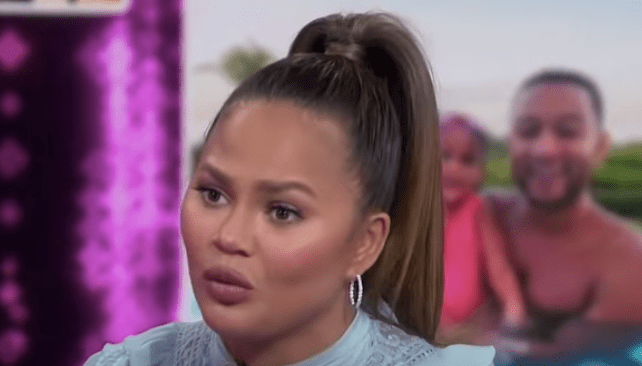 Chrissy Teigen and her husband John Legend lost their baby yesterday, after Chrissy suffered a miscarriage.

As a way of coping with the couple’s loss, Chrissy shared much of the details of what happened on Twitter. he even included a professionally taken photo showing her grieving on the hospital bed.

While most of John & Chrissy’s fans appreciated being included in their most personal moment, a number of people on Twitter are instead BLASTING Chrissy.

They are claiming that the TV personality “live-tweeted” her miscarriage, in order to increase her profile on social media, and to gain “clout.”

Here are just some of the thousands of comments on Twitter, that are critical of Chrissy.

Chrissy Teigen is a model, television personality, author, and entrepreneur. She made her professional modeling debut in the annual Sports Illustrated Swimsuit Issue in 2010 and later appeared on the 50th anniversary cover alongside Nina Agdal and Lily Aldridge in 2014.

She formerly appeared as a panelist on the syndicated daytime talk show FABLife (2015–2016). She co-hosts the musical competition series Lip Sync Battle (2015–present) with LL Cool J and serves as a judge on the comedy competition series Bring the Funny (2019–present). Teigen has also authored two cookbooks.