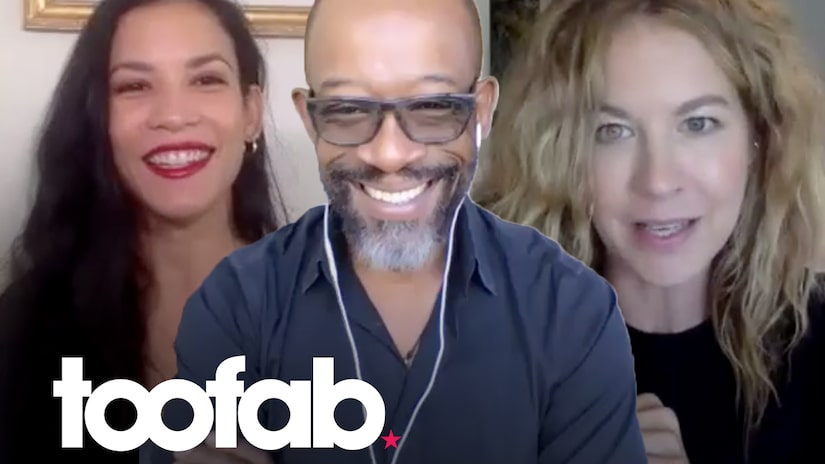 The stars of “Fear the Walking Dead” would love an “Avengers: Endgame” style team-up between all the shows in “The Walking Dead” universe … just don’t mention an endgame for their series just yet.

TooFab caught up with Lennie James, Danay Garcia and Jenna Elfman ahead of the Season 6 premiere, and while crossovers aren’t anything new in the “TWD” universe — Lennie himself came from the parent show, of course — they’re down for major event with all the fan’s favorite zombie killers.

“I would love for it to happen and I, honestly, don’t have any preference [who to crossover with],” said Garcia. “I would love to work with Carol. I love [actress Melissa McBride], I got to meet her in person many times and I love her as a person. I just love our universe … I would love for the whole thing to collide, it was fun when Lennie came over, it was fun when [“Dwight” actor Austin Amelio] came over. I think it’s awesome.”

She added, “I feel like we’re like the Marvel superheroes here. It has that potential to be that exciting, I’m up for it, I’m voting yes!”

James not only wants to see it happen, he already has his dream shot in mind.

“The image I have in my head, that I would love to see, is John Dorrie and Rick Grimes, back to back, Rick with the Python out and John with the two six shooters,” he said, referring to Garret Dillahunt’s “Fear” character and Andrew Lincoln’s MIA “TWD” sheriff, respectively.

“[They’re] back to back in a Western dusty street and they’re just letting it off, with the rest of us all on rooftops running around,” he added, “but those two are just back to back, kicking it.”

Elfman, meanwhile, had a totally outside the box idea, akin to the “Bandersnatch” episode of “Black Mirror” on Netflix.

“You know what would be really fun? If we filmed something like that, but you know the books when you’re growing up — you could pick, ‘If you want to see blah blah blah, turn to page 72, if you want to follow this, turn to page 50’ — wouldn’t that be fun, if it was an interactive streaming thing where we did shoot all of these crossed storylines and the fans could go in and pick which route, which version they wanted to see, that ultimately led to some kind of endgame,” she explained. “I think that would be an amazing route and journey of things to do.” 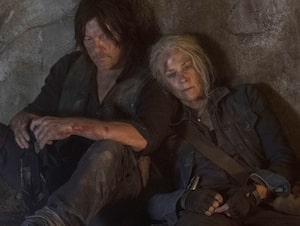 Speaking of endgames, “The Walking Dead” recently revealed it will wrap up its story in 2022 with a final, eleventh season. The way AMC has it planned now, the show will still air before the series wraps — after which the plan is to launch a spin-off featuring McBride’s Carol and Norman Reedus’ Daryl Dixon.

The network also previously confirmed “World Beyond” will only run two seasons.

So with news of those two shows having definitive end points in sight, have the stars of “Fear” ever considered how or when their own show could come to a close?

“I’m thinking about it now that you bring it up, thank you very much for that!” exclaimed James. “I haven’t really thought about it, to be honest. It’s so been about how do we get back to finishing Season 6, really, I genuinely haven’t thought beyond that.”

Garcia felt the same way, saying she’s been focused on wrapping up what they started filming for Season 6 before the pandemic caused a production shutdown. Elfman, meanwhile, wondered what it really means to be “ending” something in “The Walking Dead” universe.

“I think when they say it’s ending, if you look at how many episodes they said that’s gonna be, it’s two years away and other content that they’re creating,” she said. “It’s ‘ending,’ but I really feel like that’s a relative term in this universe, with the content that they’re generating.”

In addition to the Carol/Daryl spinoff and “World Beyond,” AMC is also planning an anthology series called “Tales of the Walking Dead” — which will focus on “new or existing characters, backstories or other stand-alone experiences.”

There’s also a movie in the works explaining what happened to Rick after he was last seen in a CRM helicopter.

“Fear the Walking Dead” returns for Season 6 on October 11.