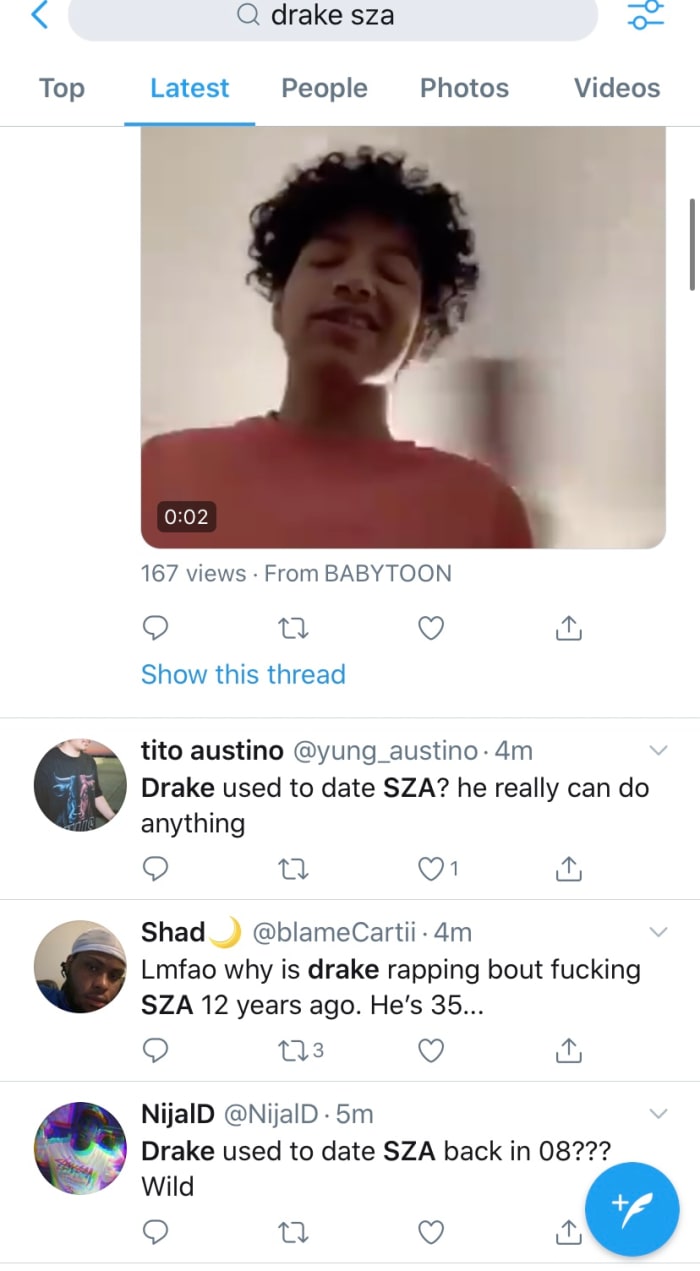 Drake is coming under fire today, MTO News has learned, after the rapper claimed in a new song to have dated R&B singer Sza – when she was underage.

Drake’s homie 21 Savage is dropping his new album Savage Mode later today, and one of the songs on the surprise album has people talking.

In one song, Mr. Right Now, Drake is featured and he brags about dating R&B SZA, Drake raps, “She said she wanna f**k to some Sza, wait, cause I used to date Sza back in ’08.’

Here are some folks reacting to the bar on Twitter: