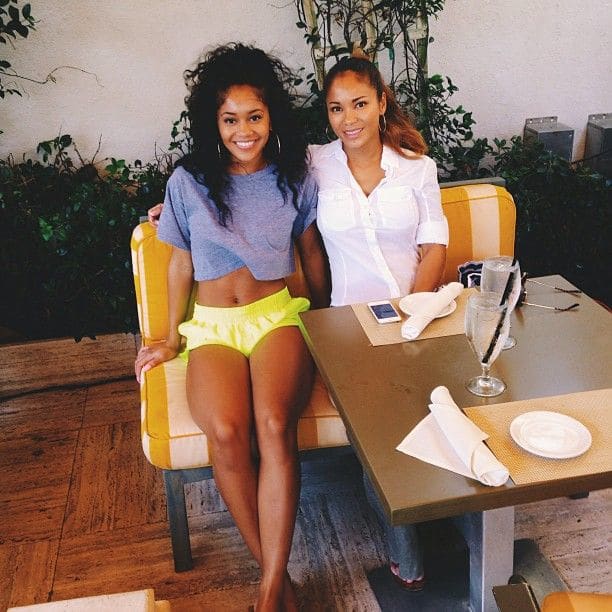 Saweetie is one of the most beautiful rappers out. But her mother may be even prettier, at least according to some folks on Twitter.

MTO News has learned that before having Saweetie, the rapper’s mom her mother, Trinidad Valentin, was a video vixen who appeared in Nelly’s “Ride Wit Me” video and DMX’s video for “What The Really Want” featuring SisQó.

Here’s a video showing her mama in action:

And here’s a pic of what her mom looks like now – she’s a stunner:

Saweetie’s family is full of interesting people.Her grandfather, Willie Harper, played for the 49ers with Joe Montana and her cousin is Gabrielle Union.

Here are some more pics of Saweetie:

After the release of her debut single, “Icy Grl”, Saweetie was signed to Warner Records and her manager Max Gousse’s record label Artistry Worldwide. She released her debut extended play, High Maintenance, on March 16, 2018. Her second EP Icy was released in March 2019, and spawned the hit single “My Type.” Her debut album, Pretty Bitch Music is expected to be released in 2020 and was preceded by the single “Tap In”.