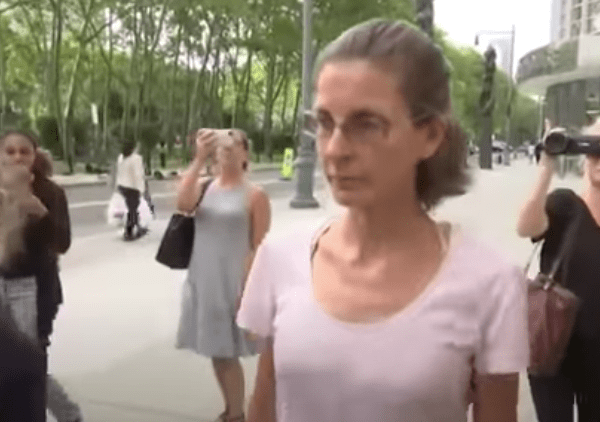 Clare Bronfman, the heiress to the Seagram’s liquor empire, was hit with a sentence of more than six years in prison for her role in the Nxivm sex-slave cult.

Bronfman was given 81-months.

The judge told her that she “used her incredible wealth and attempted to use her social status and connections not only to support Nxivm’s work, but also as a means of intimidating, threatening, and exacting revenge upon individuals who dared to challenge its dogma.”

Last year, the heiress pleaded guilty last year to charges of conspiracy to conceal and harbor an illegal alien for financial gain and fraudulent use of identification, admitting she committed credit card fraud on behalf of cult leader and convicted sex-trafficker Keith Raniere.

Nxivm leader Keith Raniere, the sex slave cult’s leader, was found guilty on all counts in sex cult trial, but prosecutors said he could not have committed his crimes without the help of Bronfman and her $210 million fortune.

Her lawyer vowed to appeal the decision.

“The decision was clearly an abomination. It was outrageous. It was a miscarriage of justice, to go three times above the sentencing guidelines was totally uncalled for,” said attorney Ron Sullivan.