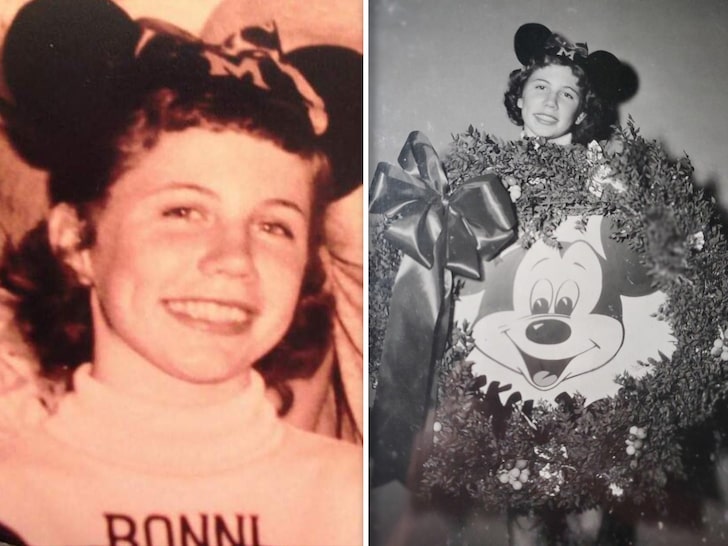 Bonni Lou Kern — one of the original ‘Mickey Mouse Club’ Mouseketeers in the ’50s — has died … TMZ has learned.

Bonni died Monday in Wooster, Ohio … according to the Wayne County Health Dept. We’re told she died of natural causes.

As a Mouseketeer, the very first episode of “The Wonder Mouseketeers!” was named after her — titled, “Save Bonni Lou Kern!” — in which the other Mouseketeers help her out because she’s caught in a fishing net.

Bonni appeared alongside famous Mouseketeers like Annette Funicello, Judy Harriet and Eileen Diamond, and was also seen in the film, “Save the Wonder Mouseketeers!”

According to her family … Bonni was given the Mousecar Award, the highest award Disney gives out, as well as the key to Fantasy Land.

She went on to be known as Bonni Carr after marrying Harold “Bud” Carr in the late ’60s in Hawaii — and is survived by 3 daughters, 6 grandchildren and 13 great-grandchildren.