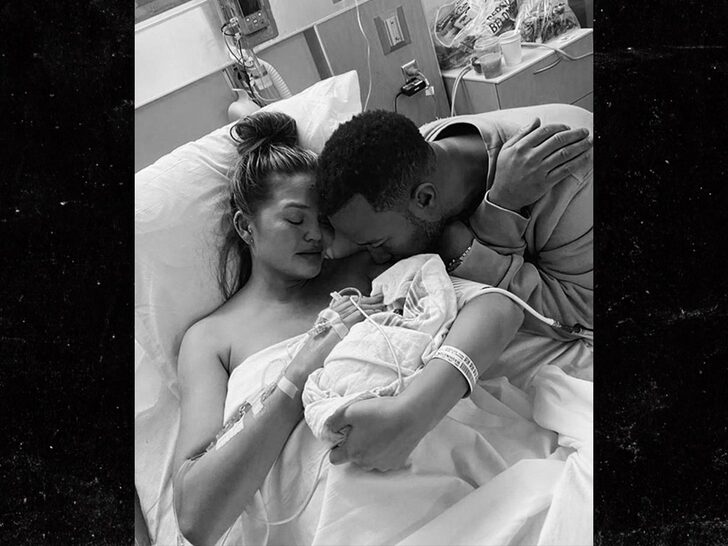 Chrissy shared the devastating news Wednesday, saying their son, who they’d named Jack, couldn’t survive complications. Chrissy said, “We are shocked and in the kind of deep pain you only hear about, the kind of pain we’ve never felt before.”

Teigen was recently hospitalized for severe bleeding during her pregnancy and revealed their baby boy was in the “danger zone.” In her post Wednesday, she said, “We were never able to stop the bleeding and give our baby the fluids he needed, despite bags and bags of blood transfusions. It just wasn’t enough.”

She continued, “We never decide on our babies’ names until the last possible moment after they’re born, just before we leave the hospital.  But we, for some reason, had started to call this little guy in my belly Jack.  So he will always be Jack to us.  Jack worked so hard to be a part of our little family, and he will be, forever.”

Driving home from the hospital with no baby. How can this be real.

Jack was the couple’s third child … they have a daughter, Luna, and a son named Miles.

Chrissy ended her post saying, “We are so grateful for the life we have, for our wonderful babies Luna and Miles, for all the amazing things we’ve been able to experience.  But everyday can’t be full of sunshine.  On this darkest of days, we will grieve, we will cry our eyes out. But we will hug and love each other harder and get through it.”

As we reported, John and Chrissy made the surprise pregnancy announcement when he released his music video for the song “Wild” in August … revealing a pregnant Teigen at the end.