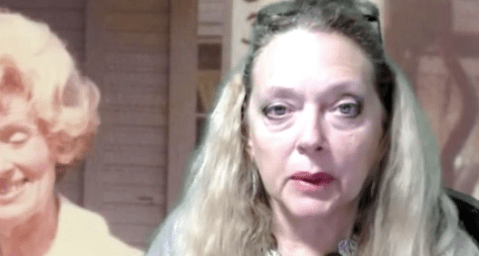 Carole Baskin, one of the stars of the Netflix series, Dancing With The Star, was finally booted off the show after serving up a lackluster performance.

“It will be hard to leave the ‘Dancing with the Stars’ crew, especially Pasha, he has been so wonderful,” Baskin said.

Since being on the show, Baskin has been sued for defamation by the family of her missing ex-husband, Don Lewis. Lewis’ family also aired a commercial during the series’ debut episode, urging people to come forward with any information connected to his disappearance and offering a cash reward.

Baskin has always denied any connection to Lewis’ disappearance but inherited millions of dollars left to her in his will.

Lewis family attorney John M. Phillips told USA Today that “well over 100” calls have been made this week to a tip line and his law office, “and we’ve gotten legitimate tips. Some of them are (just) ‘I watched ‘Tiger King,’ and I think Carole Baskin did it’ – kind of wasteful. But then there’s some pretty specific tips and locations mentioned that we’re gonna check out.”