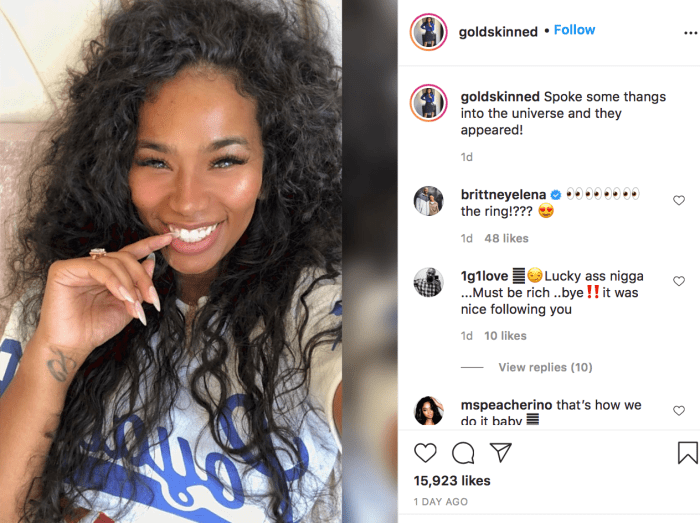 Congratulations are in order for NBA star James Harden – he’s reportedly engaged to one of the most beautiful models on Instagram – a Houston gal named Gail. And when Gail isn’t modeling, she works an office job as a cybersecurity consultant.

According to online reports, James and Gail have been together on and off for a few years now. For many of those years, though, James had been out there IN THESE STREETS and reluctant to settle down with anyone.

Within the last two years through the NBA’s scoring leader seemed to have settled on Gail and it became clear that their relationship had grown more serious. James Harden once a ladies man has now decided to leave behind a life of thots and make a real-life with the woman he loves.

And much to Gail’s glee the couple got engaged on Saturday. She was so happy that she quickly took to IG to show off her ring, which costs a reported $5 MILLION!

Here’s Gail and the ring. Her mentions are full of congratulations from her friends and fans:

Here are some pics of Gail: