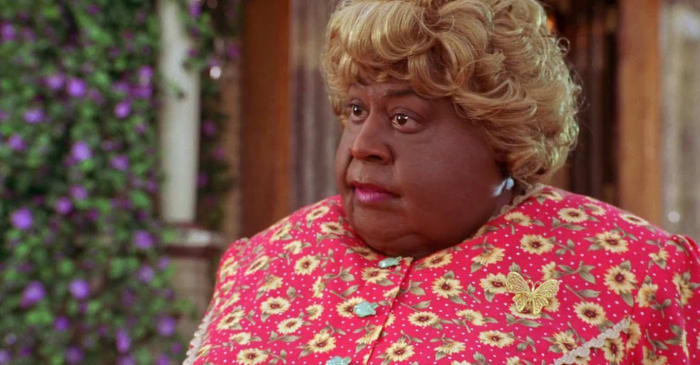 Comedian Martin Lawrence has packed on 75 pounds, and now he looks different. And MTO News has learned that many of his fans are saying that the actor now resembles one of his most famous characters – Big Momma.

It seems that much of Martin’s new weight has gone straight to his head.

Here’s the picture that has people talking:

Big Momma’s House was a 2000 American comedy film directed by Raja Gosnell, written by Darryl Quarles and Don Rhymer. The film stars Martin Lawrence as an FBI agent Malcolm Turner who is tasked with covert operation of disguising as an overweight elderly woman in order to obtain information relating to a previous crime.

The film is the first installment in the Big Momma trilogy, and was followed by Big Momma’s House 2 and Big Mommas: Like Father, Like Son. The film received negative reviews from critics, but was a box office hit.