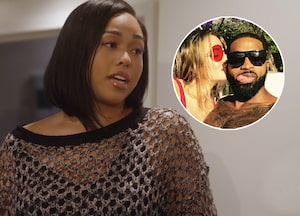 After that fails, she considers doing something else to “scare the shit” out of her daughter.

North West loves spiders. She catches them, she’s obsessed with them and she wants one as a pet. Arachnids, however, also happen to be mom Kim Kardashian’s “biggest fear on the planet.”

So when North took her mother to a pet store to try and get her to buy a tarantula, Kardashian decided to bribe the woman working there in the hopes of changing her daughter’s mind.

“Somehow North conned me into going to this pet store that was right near her school and she wants to see the tarantulas,” Kim explains in this sneak peek clip from “Keeping Up with the Kardashians.”

“I go up to the lady first and said, ‘Listen, I’ll pay you 100 bucks, just say they’re mean to kids, not good pets, they bite everyone, do whatever you gotta say, I’ll pay you,'” she continued.

The woman, however, didn’t take the bait — and instead told North, “They make great pets, do you want to hold it?” before pulling one out for the 7-year-old to hold.

It’s clear Kim was not happy with that, explaining in a confessional she has a “pretty awful relationship with spiders.”

After the pet store plan backfired, Kim plotted another way to dissuade her daughter’s interest in getting an 8-legged friend.

“Maybe I’ll just be sitting there looking at my phone like, ‘Oh my god, did you hear the news? All these kids died at a school from tarantula bites!'” she (hopefully) joked. “I’ll scare the shit out of them.”

Khloe — believing North just “wants to share her love of spiders with her mom” — appears to be hatching a plan to help Kim get over her fears.

See what happens when “Keeping Up with the Kardashians” airs Thursdays on E! 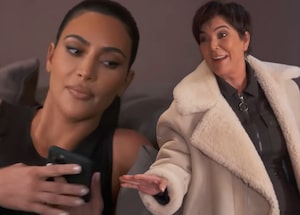