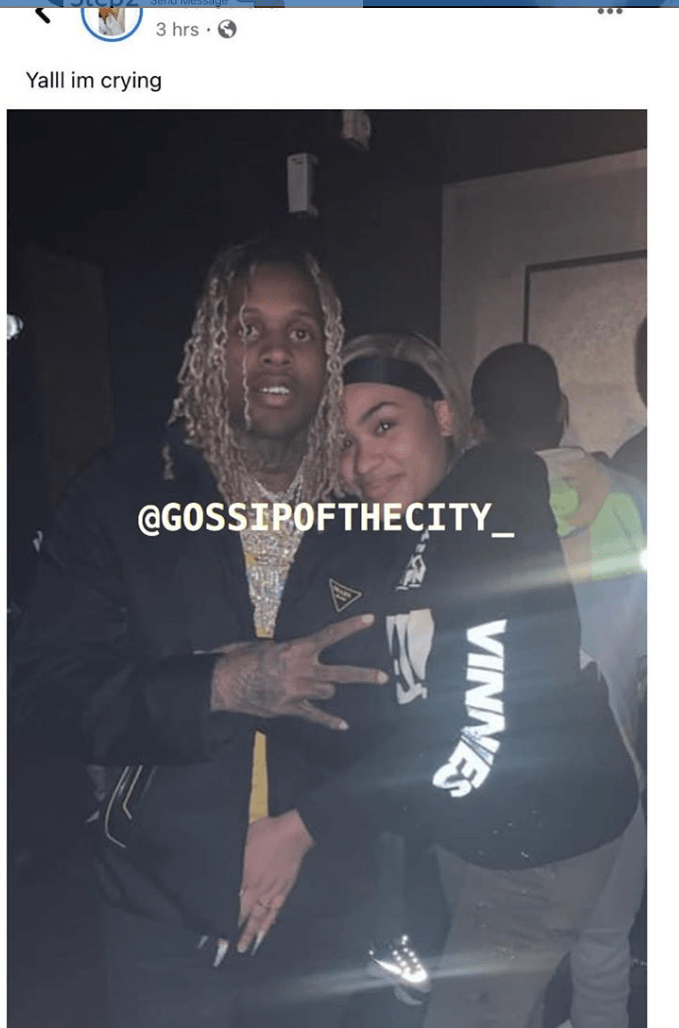 A female fan appears to have sexually assaulted hip hop star Lil Durk, and then posted a pic of her assaulting the rapper on her Instagram MTO News has learned.

The fan asked Durk for a photo, and as Durk stood next to her, she appears to reach out and grabbed his package – just as the camera flashed.

The girl then posted the image on her social media page. Look:

Well Dirk’s girlfriend.baby mama India Royale is furious with the picture. And MTO News has confirmed that she is threatening to “pull up” on the woman.

MTO News learned that India sent he girl multiple DMs, asking for her location – so that India can come over and fight.

India and Dirk first began dating in 2017, and in 2018 they welcomed their daughter into the world together.