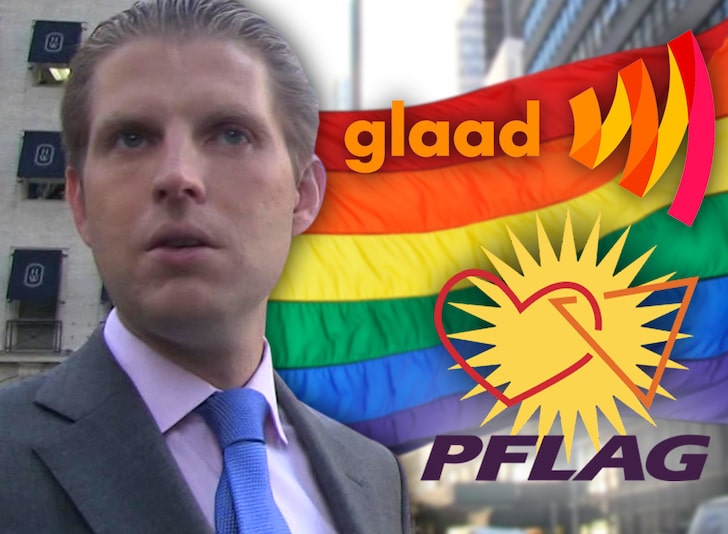 Eric Trump took an anonymous gay person’s support for his dad and tried to bootstrap that support to the entire LGBT community — but some of their heaviest hitters are calling BS.

Officials from some of the biggest LGBT-friendly groups in the country are outraged by the Prez’s son’s appearance Tuesday on “Fox & Friends” — when he responded to an NYT op-ed told from the POV of a lesbian woman … who said she was a secret Trump supporter.

In his response, Eric seemingly flubbed … making it seem like he’s a member of the community. More importantly, he suggested gay people were down with MAGA … but that’s hardly the case … so say these orgs. 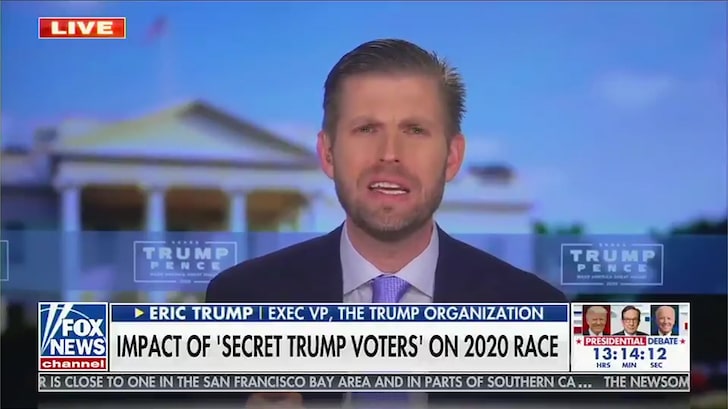 Reps for GLAAD, the Human Rights Campaign, PFLAG and the NTCE Action Fund tell TMZ there’s a consensus — folks in their community are mostly NOT Trump fans, nor do they consider him/his fam genuine allies in their fight for equality and representation.

The facts are clear says the LGBTQ honchos … the Trump administration has actively worked against LGBT causes — from blocking trans soldiers from serving to sanctioning discrimination and/or firings of gay workers and couples looking to foster.

Bottom line … all of these orgs believe Eric is either exaggerating or more likely flat-out wrong in thinking the LGBT crowd’s got his pop’s back — especially in this election.

One last thing … if Eric was seriously coming out, PFLAG says it welcomes him with open arms, even if he is a Trump-er.