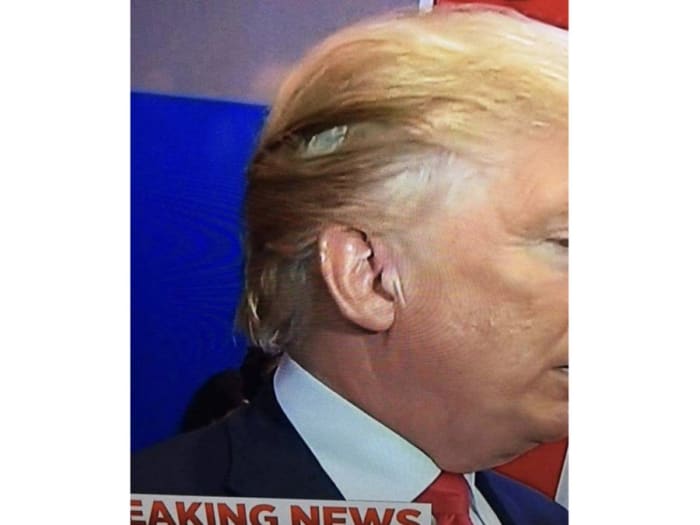 The New York Times recently leaked President Donald Trump’s taxes, and it revealed that Trump spends up to $70,000 a year on his hair.

Now we get a better idea as to why.

During last night’s presidential debate, MTO News managed to get some close up pics of the President’s hair – and he’s clearly wearing a lakefront wig.

Unfortunately during all his yelling and screaming, the wig popped loose from the wig tape – exposing the seam. Then, as you can see below in MTO News pictures, the wig continued flapping up and down for the entire debate.

It was hard for many onlookers to focus on what was being said – as they were too focused on the president’s flapping wig.

In the past, President Trump has denied wearing a wig. But he hasn’t been the most truthful person . . . .