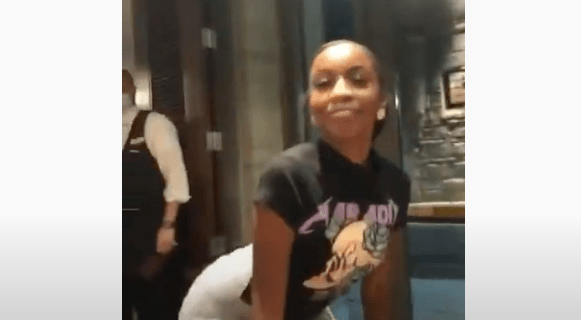 A couple has gone viral after a video of a woman twerking for chef, Salt Bae, went viral.

The incident captured in the video took place at the new Nusr-Et restaurant in Boston. In the video, a woman is seen twerking while Salt Bae films her with his camera phone.

A few seconds later, a man is banging on the glass door. A waiter then opens the door, and the enraged male storms into the restaurant, chasing after the woman and asking what she was doing.

He was not amused.

The clip abruptly ends, and viewers are left wondering what happened to the woman in the video. Some viewers online understood the man’s range — it is rumored that a meal at the restaurant is upwards of $1,000.

Others were concerned for the young lady after seeing the man’s level of rage — and want to know if she’s okay.