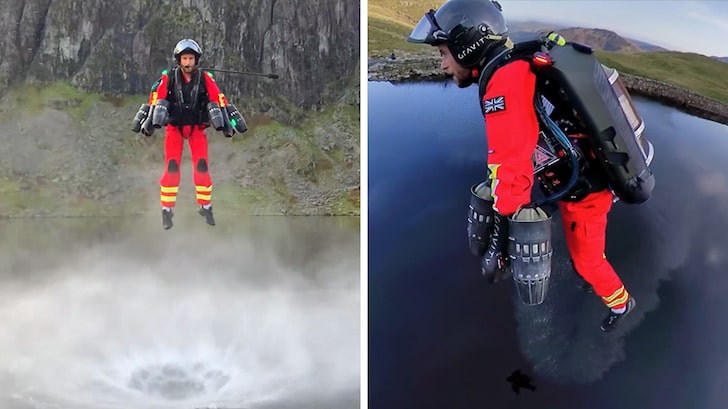 It’s a bird … it’s a plane … it’s a flying medic speeding through the air to go save lives!!!

That’s the hope of the UK’s Great North Air Ambulance Service anyway, which tested what’s believed to be the world’s first paramedic jet suit over the mountainous terrain of the Lake District … in collaboration with Gravity Industries.

Check it out — Gravity founder Richard Browning carries out the test flight, and is able to gloriously reach the “casualty site” — unreachable by vehicle — in less than 90 seconds! It would have taken 25-30 minutes on foot.

Obviously, that huge time saver in an emergency situation could be the difference between life and death.

Andy Mawson, director of operations at GNAAS, came up with the idea and described the test flight as “awesome.” He says he saw the need for the flying paramedic because there are dozens of patients monthly within the complex geographical region.

And, again … it just looks awesome too.