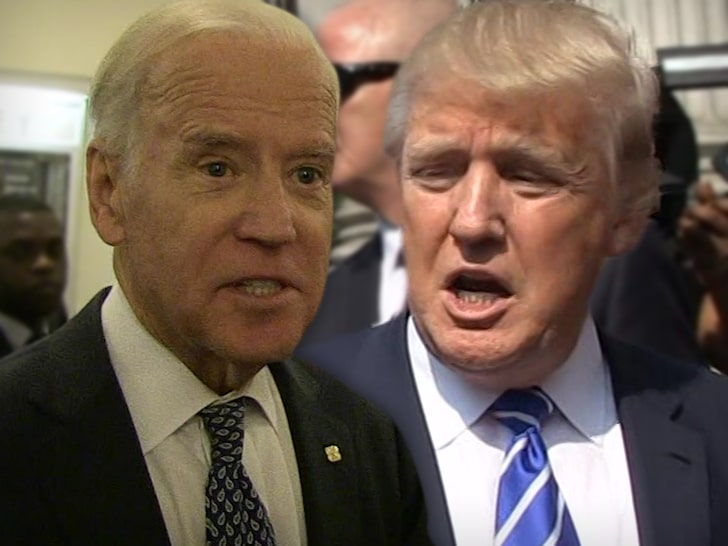 President Trump‘s acting like a “clown” during the first Presidential debate … at least according to his opponent, Joe Biden.

Joe Biden is already done with Trump’s BS: ‘Everything he’s saying so far is simply a lie. Everyone knows he’s a liar … do you have any idea what this clown is doing?’ #Debates2020 pic.twitter.com/EGB8MBO6LG

The debate went off the rails early as moderator Chris Wallace is finding near impossible to keep the candidates on track, and stop them from shouting over each other. It started with the very first question of the night.

Trump kept interrupting, and at one point took a jab at Wallace … saying he thought he was debating Biden not the moderator. The quip drew a facial expression from Biden.

Joe Biden to President Trump: “Will you shut up, man?” #Debates2020 pic.twitter.com/kVkrWAa4DM

During one heated exchange, Biden simply asked the audience, “Do you have any idea what this clown is doing?”

sparred quite a bit at the outset, which was supposed to be focused on the Supreme Court, and Trump went after Biden by calling him a socialist when the topic turned to Obamacare.

Biden’s calling Trump un-presidential and asking him, “Will you shut up, man?”

Ya gotta feel for Wallace … he’s got the least enviable job in America tonight.