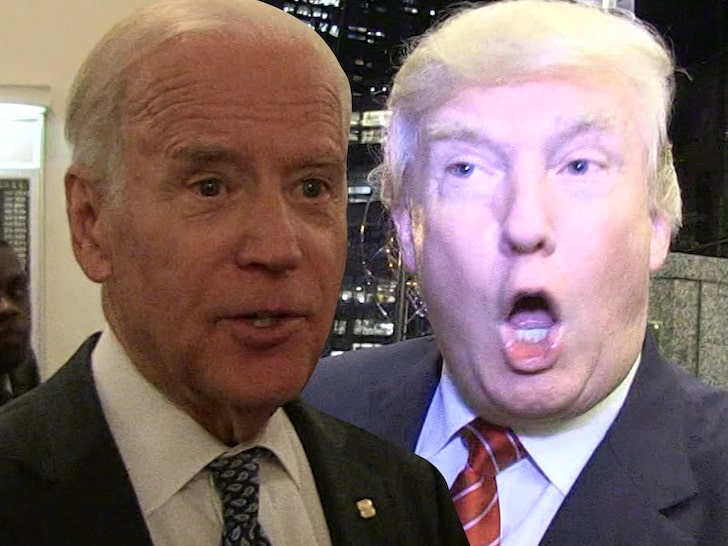 Joe Biden is jumping all over President Trump‘s reported triple-digit tax payment … by doing some quick easy math for American voters and taxpayers.

The Biden/Harris campaign created a tool called the Trump Tax Calculator, which is on Joe’s site. It’s very basic … you enter the amount of income tax you paid in 2017 — when the NYT says Trump paid just $750 — and it’ll tell you how much more you paid than he did.

Yeah, the average 3rd grader can do this math, but Biden/Harris ain’t passing on the opportunity to stick it to Trump. 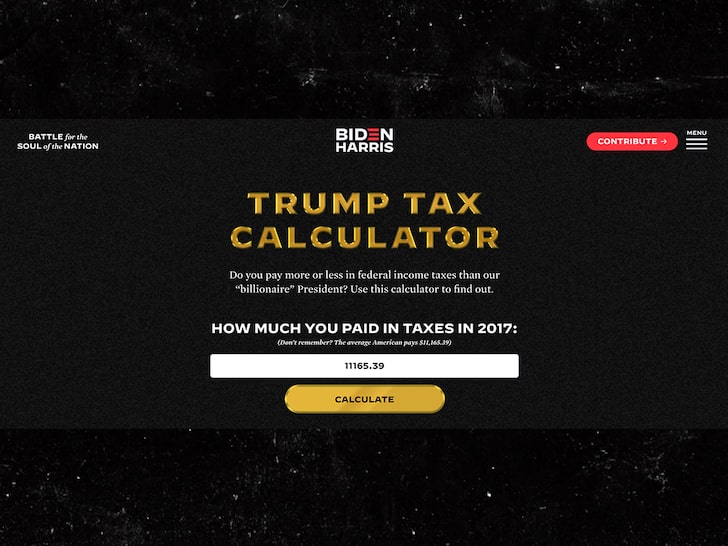 If you’re as mad as they are about it when ya finish using the calculator … you can join their mailing list.

The troll job on Trump comes shortly after the NYT claimed to have obtained several years worth of the President’s tax information, and reports he paid the $750 in 2016 and again in 2017 … his first 2 years in office. Prior to that, they say he paid zilch in income tax.

The Prez is brushing off the report as fake news, but Tuesday night is the first presidential debate — so, he’ll have to address sooner than later.