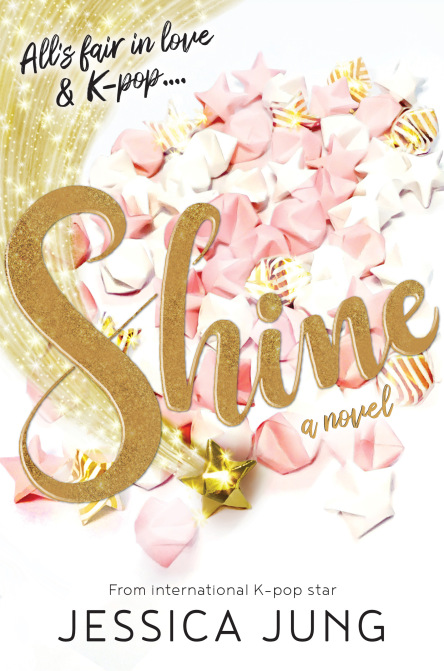 For K-pop fans, Jessica Jung is a household name. As a former member of Girls’ Generation (a.k.a. SNSD)—the first K-pop group to reach 100 million views on YouTube with their song “Gee” in 2013—Jung is familiar with the ins and outs of the K-pop industry, and she’s ready to tell her side of the story in her new book, Shine.

“The industry has changed a bit since my trainee days, but it’s definitely still true that dating, if not strictly forbidden by labels, is strongly discouraged,” Jung tells StyleCaster. “Of course, many girls during my day had boyfriends anyway, and I remember how far they went to hide their relationships—always booking separate flights, separate hotel rooms, private restaurant dining rooms. And the paparazzi were a whole other matter. Being caught with a boyfriend could [unfortunately] really tarnish your image and lose you endorsements.”

Shine, which hits shelves on September 29, 2020, follows Rachel Kim, a 17-year-old K-pop trainee at DB Entertainment, who starts a relationship with her company’s prized artist, Jason Lee, despite DB’s no-dating rule. Though the book is fiction, Jung confirms that a lot of Shine was inspired by her life. Still, while she didn’t hide any details about her experience as a K-pop idol, Jung wants readers to know that the book is more than the dark side of the K-pop industry. There’s a lot of fun too.

“I am really excited for fans to read the book—not just for all the little tidbits that come from real life, but also for the fun, addicting read,” she says. “I am hoping they will swoon for the romance and root for Rachel to come out on top! I definitely didn’t set out to write a ‘tell-all’; I always wanted to create good entertainment. But I did want to be true to myself and not hide anything either. The heart of the book is very genuine, and I hope the industry sees that.”

Ahead, Jung talked to StyleCaster about the Girls’ Generation moments that made it into Shine, watching BTS’ “Carpool Karaoke” and how K-pop has changed since she was an idol.

On why she wrote Shine

“Obviously for a long time, music was my entire life—there was just no time to think about anything else. As I expanded into other ventures, I realized I had a story to tell. I really only felt ready to dip my toes into Shine by fall of 2018, and already by spring of 2019, it had started coming together really quickly and I started signing with publishers. The hardest and slowest part has been combing over every last detail in the final pages before they went off to the printer. I didn’t want to let them go! If I could have kept tweaking little details forever, I probably would have.”

On the meaning behind the title Shine

“It actually has a lot of significance for me! As you can probably tell from my fashion brand, Blanc & Eclare, I love a clean, feminine, pastel aesthetic, and I wanted a title that speaks to that. It worked for this book because on the outside, the K-pop industry is very colorful, very glamorous…very shiny. But that shine gilds a lot of darkness—rigid rules, catty drama, exhausting training. Then there’s the most personal part of the title—it’s a nod to my fans, the Golden Stars, who have always inspired me to keep shining. I hope the book does that for readers, too!”

On how she’s similar to Rachel

“A lot of it is very similar! Rachel and I both were discovered relatively young and we both went through grueling training. Just like me, Rachel wasn’t allowed to live in the training house, and had a “princess” nickname. However, I trained until I was 18, and Rachel is only 16 (17 in Korean years) in the book. Even down to little things like hating cucumbers and loving family, Rachel is a lot like me!” 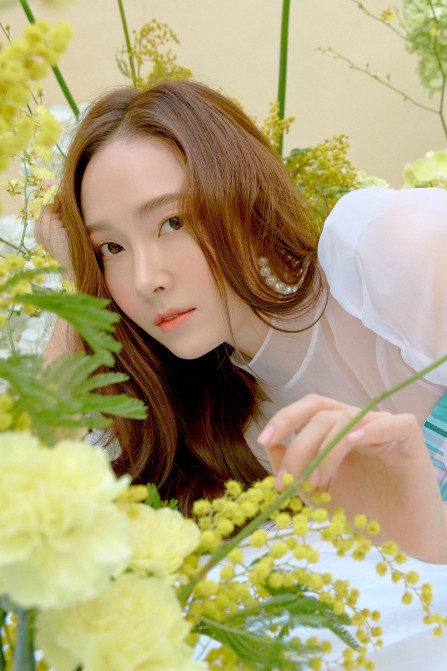 On how her experience with Girls’ Generation inspired Shine

“SHINE is where it all begins, and you can start to see the unique dynamic that develops between group mates in the way the trainees treat each other—these girls are your competition, but they’re also people you’ve known for years, and the only ones who really understand what this life is like. Then, Book 2 is where you will see Rachel as part of a successful group, and let’s just say I’m definitely pulling from personal stories! A few snuck into the training days as well. I traveled a ton which is why I had to send Rachel on some trips—to Jeju Island and to Tokyo!”

“Being an American, I was raised to be more, I guess you could say independent. To take more initiative. I was always doing things differently than other idols, and the one to do things first. For example, I often chose to live with my family instead of my fellow trainees or group mates, which was the norm then. There’s one scene in Shine where Rachel doesn’t get what she wants—so her determination and passion allows her to go after it. I believe that’s very American of her to do.”

On how K-pop has changed since she was an idol

“It’s been fascinating to see how much the West has embraced K-pop. Growing up in America, I barely saw anyone who looked like me in pop culture, but now millions of people are watching BTS doing Carpool Karaoke with James Corden! I think that level of international awareness and fandom has been a huge change for the industry, and our accessibility to music itself has changed. There are so many more groups now, which gives trainees more opportunities, but with that comes more competition.”

On what readers can expect from Shine’s sequel

“Yes, I am developing the next book already! The end of Shine is definitely not the end of Rachel’s journey, and there’s so much more of my own experience in K-pop that I want to tell. Shine is really like an origin story for Rachel, and Book 2 sees her at the height of her game, which has been really fun to work on, too!”