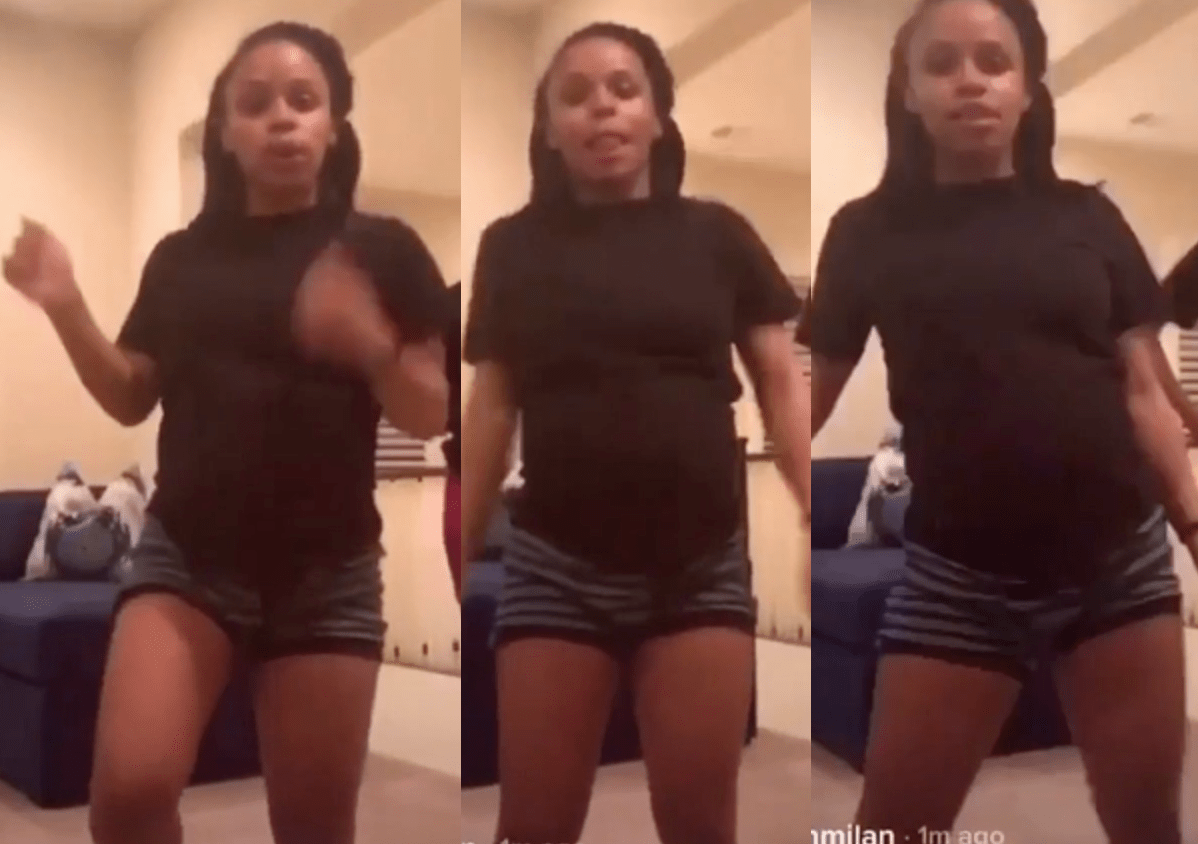 There had been online speculation for weeks that Yaya Mayeather allowed herself to get pregnant by the rapper. Yesterday, Yaya removed all doubt, and showed off her pregnant belly, during a TikTok video.

And a baby may be the least of Yaya’s worries. As MTO News has reported, Yaya is currently facing 25 years in prison for allegedly stabbing one of NBA Youngboy’s other babys mamas.

Her father Floyd Mayweather has hired the best legal team money can but – to defend Yaya. But clearly the teen girl is going down the wrong path.

Hopefully now that she’s pregnant, she’ll slow down and come to her senses . . .