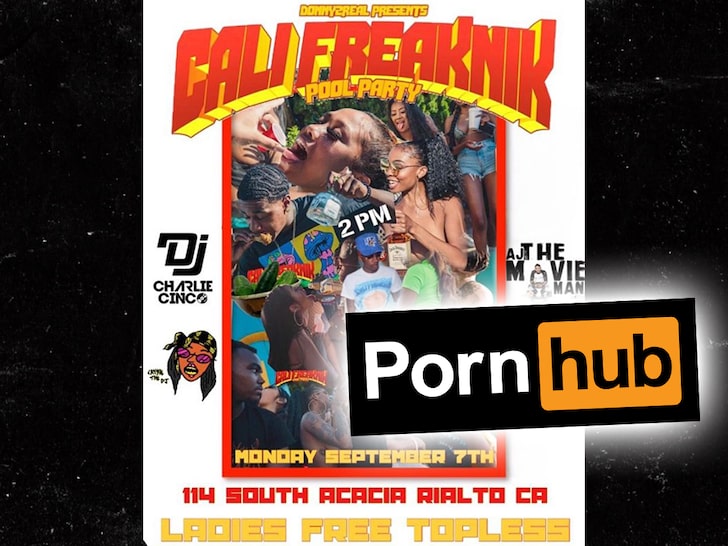 There were cover charges ranging from $50 to $100, but women who came topless got in free. Hundreds of people flocked to the booze-fueled party, which saw money raining down on scantily-clad dancers. 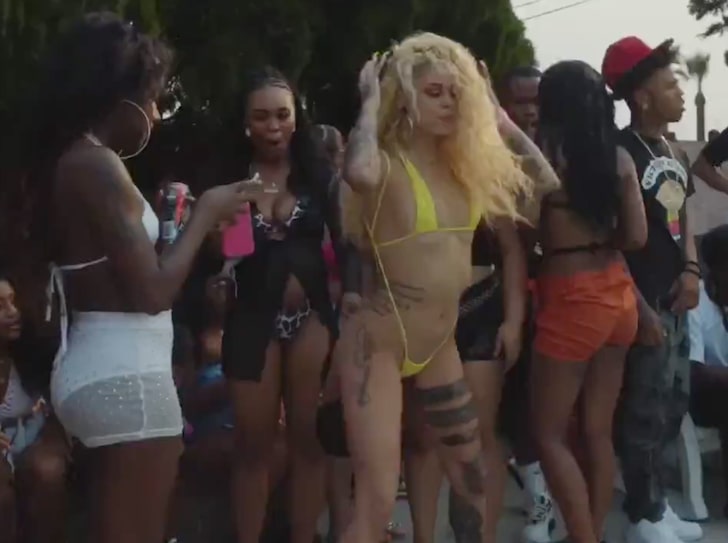 Some of the women at the party started taking everything off, and cameras were rolling. At some point, a large cucumber entered the fray, with women simulating oral sex on the phallic-like vegetable.

The cucumber ended up being used in the video … all while a huge crowd watched with great excitement.

The Rialto Police Department tells TMZ … cops responded to the property due to the large party, and several hundred people were in attendance before police broke it up.

We’re told police heard multiple gunshots a couple blocks away from the party while they were dispersing the crowd, and someone was shot multiple times. Rialto PD says the gunshot victim was associated with the party in some way.

The shooter, we’re told, has not been arrested, and police are looking to take legal action against the party promoters and folks who were responsible for throwing the bash.

Hopefully, nothing got spread at the party, coronavirus or otherwise … as you can see, no one’s wearing masks.