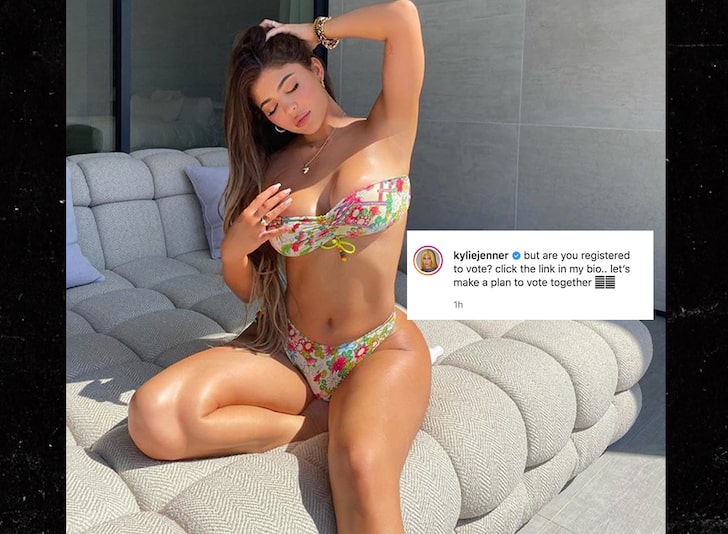 Kylie Jenner‘s using her considerable powers for good … getting people to register to vote.

Kylie posted a couple bikini pics Monday that ya might normally blow off as thirst traps — but this time, after easily grabbing the attention of her nearly 200 million followers on Instagram, she asked if they’re registered to vote. Using the familiar “click link in bio” caption, she re-directed her followers — and casual viewers, too, we’re sure — to the Vote.org website to check their registration status. 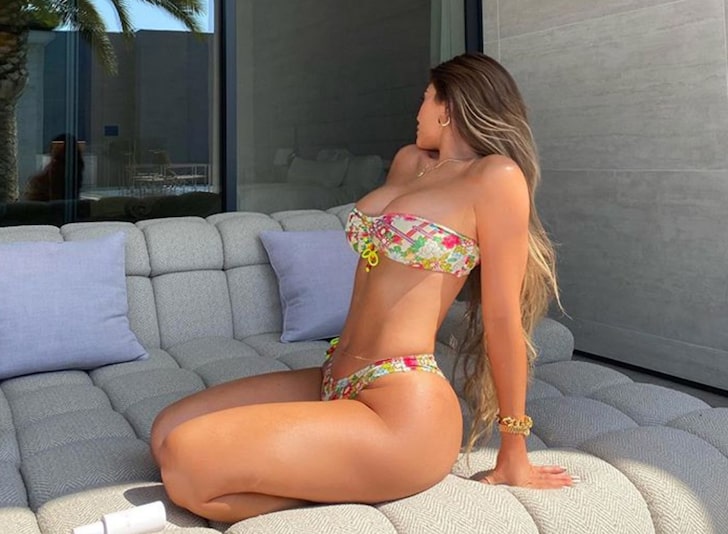 Kylie wouldn’t be Kylie without also tagging a laser skincare company. Money never sleeps. But, at least she’s putting November’s election on every millennial’s mind as the presidential race heats up. A lot hangs in the balance, for sure.

It’s not the first time Kylie’s made the push for people to vote. Just last June, Kylie also took to Instagram and went into more detail … saying, “They want people to be distracted and not to show up. If you live in one of the 9 states holding elections today, vote out the people who do not align with your beliefs if you want real change.”

And, don’t forget … in 2016, Kylie used a Snapchat vote filter and revealed she was throwing her support behind Hillary Clinton. 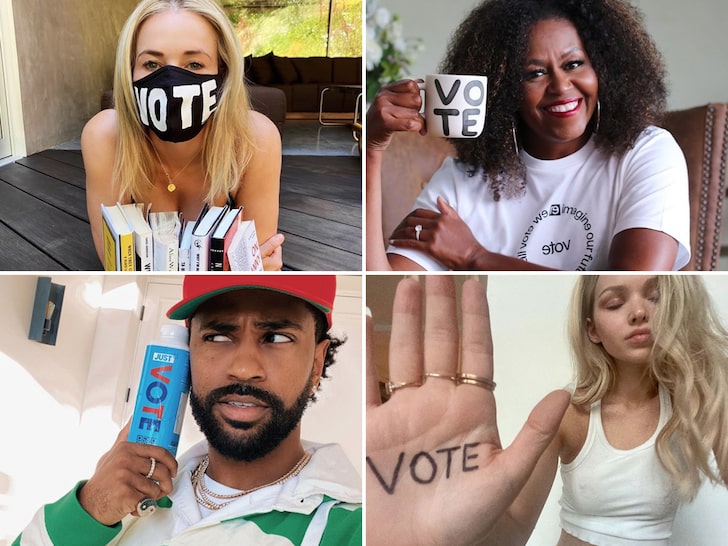