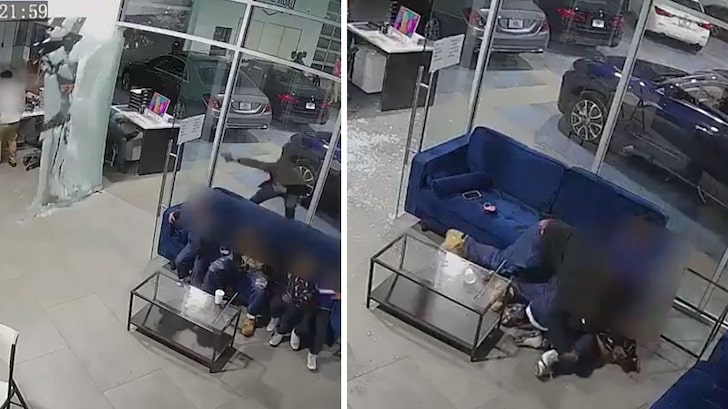 The father who shielded his kids in a shootout might be out of a job, but he’s not out of money or help — he’s up hundreds of thousands in donations, plus a lifeline for his children.

A GoFundMe for Anthony Jefferson was started shortly after news spread about his heroic deed last week — jumping on top of his three kids at a car dealership when bullets started flying — and the account has already swelled to a whopping $273,891 … and counting.

The largest donation came in from an anonymous person, who dropped $25k. Lots of other donations have been coming in anonymously as well, in increments of $2k, $1k and then into the hundreds. In all, there’s been roughly 8,000 people who’ve contributed.

That’ll certainly help Anthony — whose wife recently told us he’d been canned from two gigs of his in painting and construction … all because he was injured from the shooting and was going to be out of commission for a while. As crappy as that is, people are clearly lending a hand to hold him and his family over for the time being.

There’s more assistance on the horizon though, if Anthony and co. want it. Dr. Raha Didevar of Big HeArts Interventions tells TMZ … she’d be willing to offer Anthony’s three young children therapy via Zoom pro bono once a week … for a year or more if they need it.

Dr. Didevar tells us she’d work to earn the kids’ trust, and once that was established … she’d set up a plan for their therapy sessions. All the family has to do is get in touch.