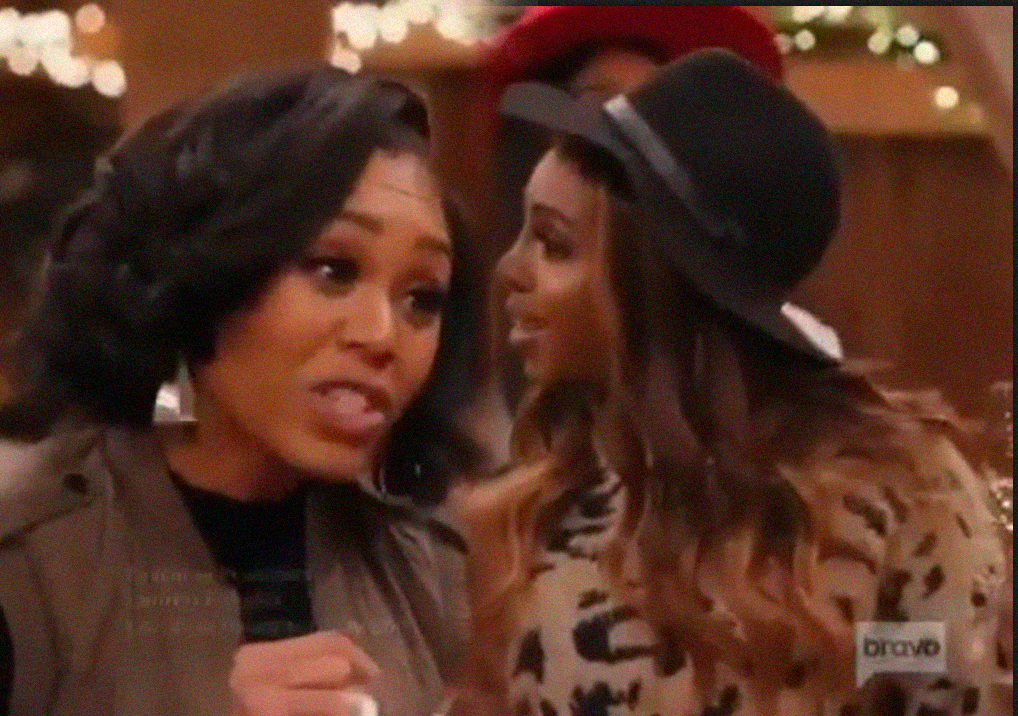 Last night Bravo finally aired the full fight between cast members Monique and Candiace – and it was pretty violent.

It all started when the two ladies were having a simple conversation at a winery to celebrate Gizelle Bryant’s Literary Award. But the conversation got heated and it escalated to a point of no return.

One thing led to another, and the argument turned physical.  Before anyone knew, Monique reached out for Candiace’s weave and kept pulling at it.

The impact of this physical exchange was such that the table they were at fell, plates and wine glasses were on the floor, and the housewives, as well as the producers, ran helter-skelter trying to break this fight up.

Then Candiace – in an attempt to defend herself – broke a wine glass and tried to slash Monique with it.

You really gotta see it to believe it.