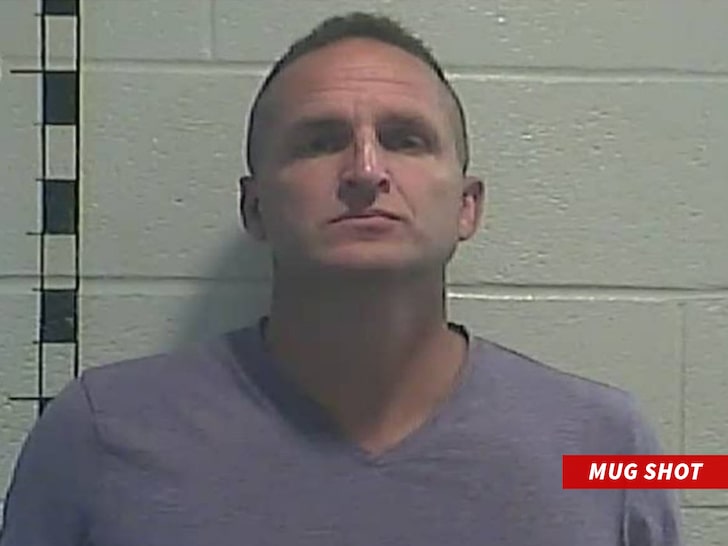 Brett Hankison — the lone Louisville cop charged in connection with the Breonna Taylor case — has just entered his plea in court … not guilty.

Hankison appeared by audio conference call Monday to enter his plea during his arraignment for wanton endangerment. Remember, the grand jury did not indict him for shooting and killing Breonna … the charges are for shooting into her neighbor’s apartment.

The now-fired officer — indicted on 3 counts of wanton endangerment in the first degree — was later booked and released from the Shelby County Detention Center after paying $15k bail. Wanton endangerment carries a maximum penalty of 5 years if convicted.

As part of his bond conditions … Hankison must surrender his weapons. His lawyer argued for him to keep them for self-defense since he’s an ex-cop who lives outside the city and claimed he has gotten threats … but the judge denied the request.

Kentucky Attorney General Daniel Cameron said Hankison fired 10 rounds from outside, which went everywhere … including into the neighboring unit.

Remember … Cameron said after the officers received no response at the door on the night of the raid, they entered. Sgt. Jonathan Mattingly was the first one in, and apparently saw Breonna and her boyfriend, Kenneth Walker, standing at the end of the hall. He claims Walker was in a shooting stance with a gun in hand, and that he fired at Mattingly first, who was struck in the thigh.

Cameron says Mattingly returned fire — shooting six times — while another officer behind him, Myles Cosgrove, also returned fire … unloading 16 rounds. Cameron stressed there wasn’t conclusive evidence that any of Hankison’s bullets hit Breonna — it was only Mattingly and Cosgrove’s ammo, and because of that, he couldn’t look into any criminality around her death. He says Mattingly and Cosgrove were authorized and justified in their use of force, under Kentucky law.

Ben Crump, a member of Breonna’s family’s legal team, said the fact Hankison was charged for wanton endangerment of OTHER people besides Breonna is “outrageous and offensive.”