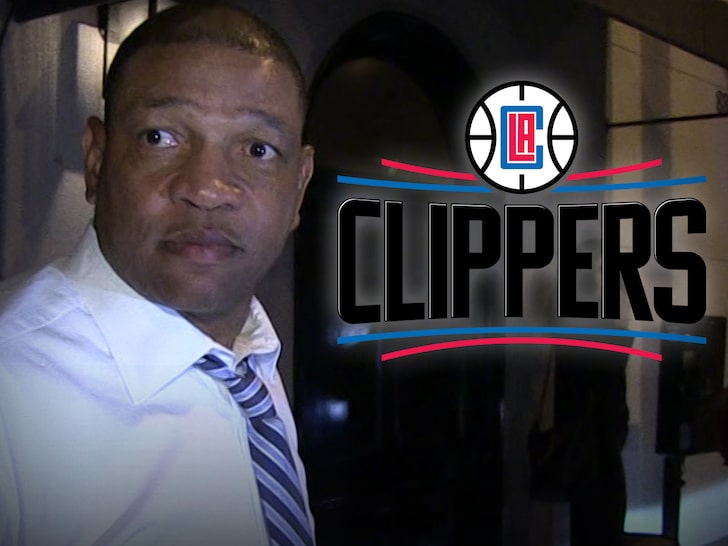 Doc Rivers is officially OUT as Los Angeles Clippers head coach … after a quick exit from the NBA Playoffs.

58-year-old Rivers has coached the Clips since 2013 … and after adding Kawhi Leonard and Paul George this last off-season, L.A. were favorites to win an NBA title.

Despite having a 3-1 lead on the Denver Nuggets, the Clippers were eliminated in the Western Conference Semifinals.

Shortly after they were bounced from the playoffs, there were reports of turmoil within the team … with PG allegedly feuding with his teammates.

Rivers addressed losing his job on social media, writing … “Thank you Clipper Nation for allowing me to be your coach and for all your support in helping making this a winning franchise. When I took this job, my goals were to make this a winning basketball program, a free agent destination, and bring a championship to this organization.”

“While I was able to accomplish most of my goals, I won’t be able to see them all through. Though it was a disappointing ending to our season, you are right there and I know what this team is capable of accomplishing with your support.”

“Thank you to all the players, coaches and staff for helping us get here. Most importantly, thank you to the fans. We went through a lot, and I am grateful for my time here.”

There are a few possible landing spots if Doc decides he wants to coach next season … the Houston Rockets and the Philadelphia 76ers are both teams with stacked rosters that don’t have a coach.