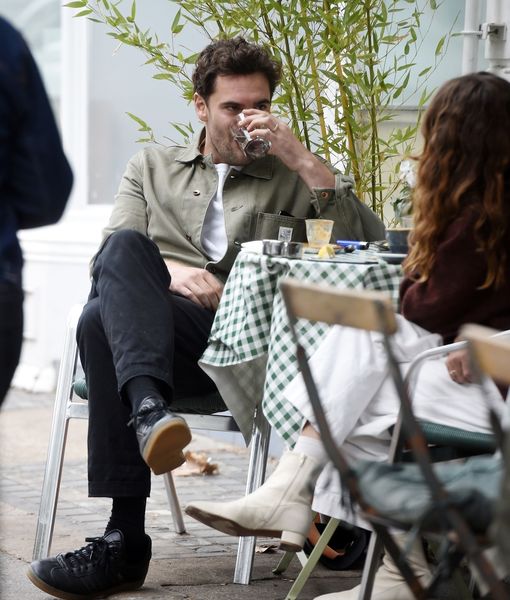 “Murder on the Orient Express” co-stars Daisy Ridley, 28, and Tom Bateman, 31, have everyone talking!

Over the weekend, the pair fueled marriage rumors after they were seen wearing bands on their left wedding fingers while having lunch in Notting Hill.

Just days before their outing, Tom sparked rumors after he was seen with the ring during a meeting with “Vanity Fair” co-star Olivia Cooke.

Daisy and Tom have not commented on the rumors.

Last year, Ridley sparked engagement rumors after she was seen wearing a diamond ring on that finger.

At the time, a source told The Sun, “Tom introduced Daisy to staff at a Chicago hairdresser’s as his fiancée. They were kissing and cuddling and it looked as though she had a ring on her finger.”

Daisy and Tom met in 2016 while working on “Murder on the Orient Express.”

They have remained so tight-lipped about their romance that she even deleted her Instagram. She explained why she doesn’t like to overshare about her personal life on social media, telling Glamour, “It’s not good for me, personally. I’m just not equipped for it. I’m super sensitive — not too sensitive — but I really feel things. Also, there is also a sense that I’m asked who I’m dating a lot more than John [Boyega] is. I don’t answer, because I have things in my life that are private.”

According to Vogue, Daisy’s “Star Wars” co-star Carrie Fisher also told her that it would be hard to date once she became part of the franchise since “you don’t want to give people the ability to say, ‘I had sex with Princess Leia.’”