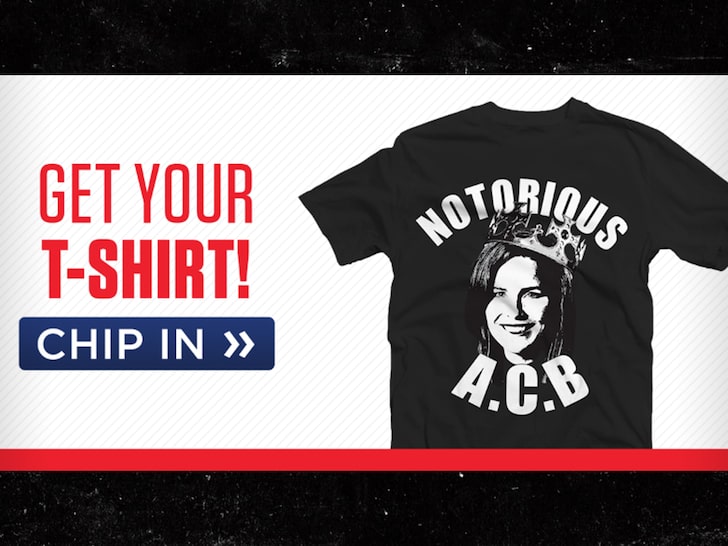 The best you can call this is bad taste, and the worst is despicable because a Republican group decided to jack the moniker of the late Justice Ruth Bader Ginsburg — The Notorious R.B.G. — by instantly printing shirts supporting Judge Amy Coney Barrett with the words “Notorious A.C.B.” emblazoned on them.

The shirts are courtesy of the National Republican Senatorial Committee (NRSC) … a group that raises cash to elect Republicans to the Senate.

The org tweeted a photo of Barrett with the Biggie Smalls crown.

Barrett praised RBG when she spoke Saturday after being nominated by Donald Trump — she called her “a woman of enormous talent” — so we’re guessing she had nothing to do with the shirt. But seriously … to riff on something that became part of the public adoration for the late Justice — it’s just wrong.

Some Dems were outraged. California Governor Gavin Newsom said, “This makes me sick to my stomach.”

The NRSC is selling the “limited edition” t-shirt for a minimum donation of $25.